What does COVID-19 mean for energy transition risks?

by Will Nichols and Olivia Dobson, 15 December 2020

COVID-19 has introduced significant levels of uncertainty to markets across the globe — and the transition from fossil fuels to low/zero-carbon energy sources is similarly unpredictable. The pandemic marks a crossroads from which the world's efforts to decarbonise could go in very different directions: one where the economic crisis restricts low carbon investment and puts the world on a path to a warmer planet; and another where the toll of COVID-19 sparks the political consensus needed to avoid the worst effects of the climate crisis.

It's too early to tell which direction the world will follow, but we can pick out some of the key issues and trends to watch as the world looks ahead to an eventual post-COVID era.

Path one: Three trends that could derail the low carbon transition

From the beginning of the pandemic to October 2020, G20 nations have dedicated almost USD209 billion of recovery funds towards supporting fossil fuel energy compared to USD145 billion earmarked for clean energy. The US and UK alone account for about USD111 billion of this total.

Without government support, corporate action on the energy transition could tail off. As countries across the world face significant economic hardship and the possibility of elevated levels of civil unrest stoked by the pandemic, governments may shy away from introducing carbon pricing.

Carbon markets suffered a significant drop at the start of the pandemic. While carbon allowance prices have now rebounded, they are still well below the USD50-100/tonne mark that experts believe is needed to bring forward the massive low carbon investment necessary to fend off dangerous climate change. In other words, when fossil fuels are cheap, there's less incentive to transition to green energy. And thanks to the COVID-induced recession, fossil fuels are relatively cheap.

The double whammy of oversupply and a drastic drop in demand induced by the COVID-19 outbreak has reduced major oil companies' financial resources and hampered their ability to make the necessary investments to reduce emissions. These companies face pressure to comply with government policies, meet ESG standards of institutional investors and the public, and still maintain transition budgets. However, most major oil companies prioritise more conservative projects over large clean energy investments to maintain a sound balance sheet.

As a consequence, lower oil prices and recession-induced consumption constraints continue to reduce the demand for electric vehicles (EVs) and impact clean tech innovation. Our sister company, Wood Mackenzie, expects up to a 43% decrease of new EV sales in 2020, and without a return to high oil prices, the market will continue to drag.

The significance of this can't be overstated given that, in the US, the transportation sector was the leading emitter of greenhouse gases (GHGs) in 2018, accounting for 28% of all GHG emissions. Meanwhile, in this scenario, the long-term, large-scale investments required to operationalise technologies like carbon capture appear an unattractive prospect for investors as the economic consequences of the pandemic continue to bite.

Growing protectionism compels nations to focus on creating and protecting domestic supply chains to build resilience. Limiting access to key raw materials for batteries and other clean technologies threatens clean energy projects in much of the world, given that most countries are dependent on imports for these raw materials.

At the moment, the risk of protectionism is high in several pivotal countries in this supply chain. The figure below uses our Resource Nationalism Index to display the overlap between countries at risk of growing nationalism and their involvement with critical battery materials.

Further complications arise when shutdowns we saw in China and other manufacturing hubs throughout 2020 cause longer-term delays and exacerbate disruptions already felt across clean tech supply chains. Materials could also become a bargaining chip to renegotiate other geopolitical objectives, contributing another stressor to international affairs. 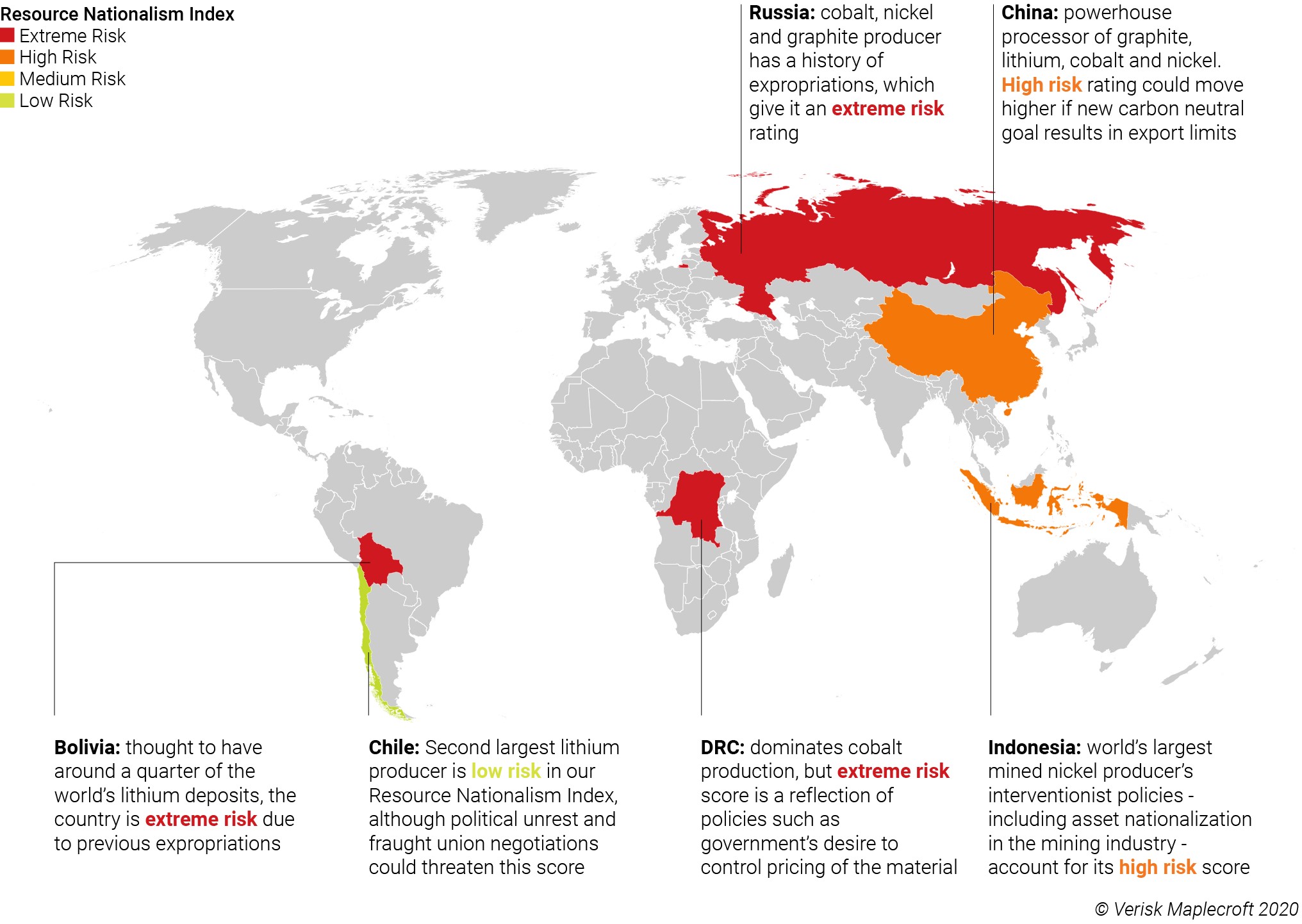 1. Lawmakers grasp an opportunity to rewire their economies.

The European Union sees the crisis as an opportunity to reinforce policy action to advance the energy transition. The EU's July 2020 budget deal highlighted the bloc's desire to use the crisis as an opportunity for climate action, with EUR550 billion (USD650 billion), 30% of the total spending, allocated to climate mitigation measures through 2027. Investors bet that renewable energy and clean technology companies will be the main beneficiaries of this package of grants and loans.

Already, the bloc, which is the world's third-biggest carbon polluter, is close to agreeing to a 50% emission reduction target for 2030 and is formulating a carbon border tax that would hike the price of imports from jurisdictions that have minimal carbon regulations in place.

China's goal of net zero carbon emissions, aiming for 2060 — a decade after the EU's target – puts two of the world's largest emitters on course for carbon neutrality by mid-century. China's so-called "belt and road" trade network stretching across countries of strategic interest to Beijing means that it's also uniquely placed to demand greater climate action from trading partners.

Wood Mackenzie figures show oil and gas companies account for less than 2% of worldwide solar and wind capacity. But the oil price collapse that transpired during the first few weeks of the COVID-19 crisis makes zero-carbon energy a relatively more appealing investment option. A lower price does incentivise oil demand, but corporations increasingly recognise the benefits of long-term stability of cash flows from renewables.

BP's dramatic plans to add 50 gigawatts of renewable energy capacity by 2030, in line with the company's predictions of oil peaking at the end of the decade, lay down a marker for the industry to follow. And, given statements of commitment to net zero targets from other European oil majors, BP clearly does not represent an isolated viewpoint. The company’s North American counterparts, already facing pressure from shareholders to alter their high-carbon course, may not want to be left behind in the market for renewable energy.

3. Civil action back with a vengeance

Issues-based campaigning may surge as COVID-19-related restrictions on movement are relaxed, and uncertainty contributes to instability in many nations. Governments that fail to address climate change adequately could feel the heat from voters, while protestors and, increasingly shareholders, keep companies' feet to the fire.

Air quality is another key front, as the respiratory pandemic brings the effects of pollution on health into focus. There were 11,000 fewer air pollution-related deaths in Europe in April than usual due to reduced activity during lockdowns, paving the way for greater efforts to tackle particulate matter emissions that cause poor air quality and aggravate a host of illnesses. Several cities led the way in taking steps to address long term air pollution — Brussels has lowered speed limits, Milan is reducing car use, and Paris, Barcelona, and Mexico City are extending bike lanes, paving the way for others to follow.

The future depends on today

While these scenarios cover two completely different paths, the most likely future is somewhere between these two outcomes. In time, certain signals will indicate which direction countries are leaning; these same signals inform our Environmental Regulatory Framework Index - Forecast (ERFI), which outlines the most likely direction of national environmental policy. Tools like the ERFI Forecast can help investors and corporations track movements in the carbon transition amid a historically tumultuous period.

The charts below show the range of potential scores forecast for the period through 2022-Q3 and examples of factors that could sway them. For example, China's net zero goal is likely to require a national framework climate change law, the prospect of which would shift the country towards the low-risk end of the spectrum. Meanwhile, in the United States, post-election decision-making will have a considerable impact on its risk score trajectory. Lastly, in Brazil, failure to protect the Amazon will release millions of tons of CO2 into the atmosphere with significant consequences for global heating. 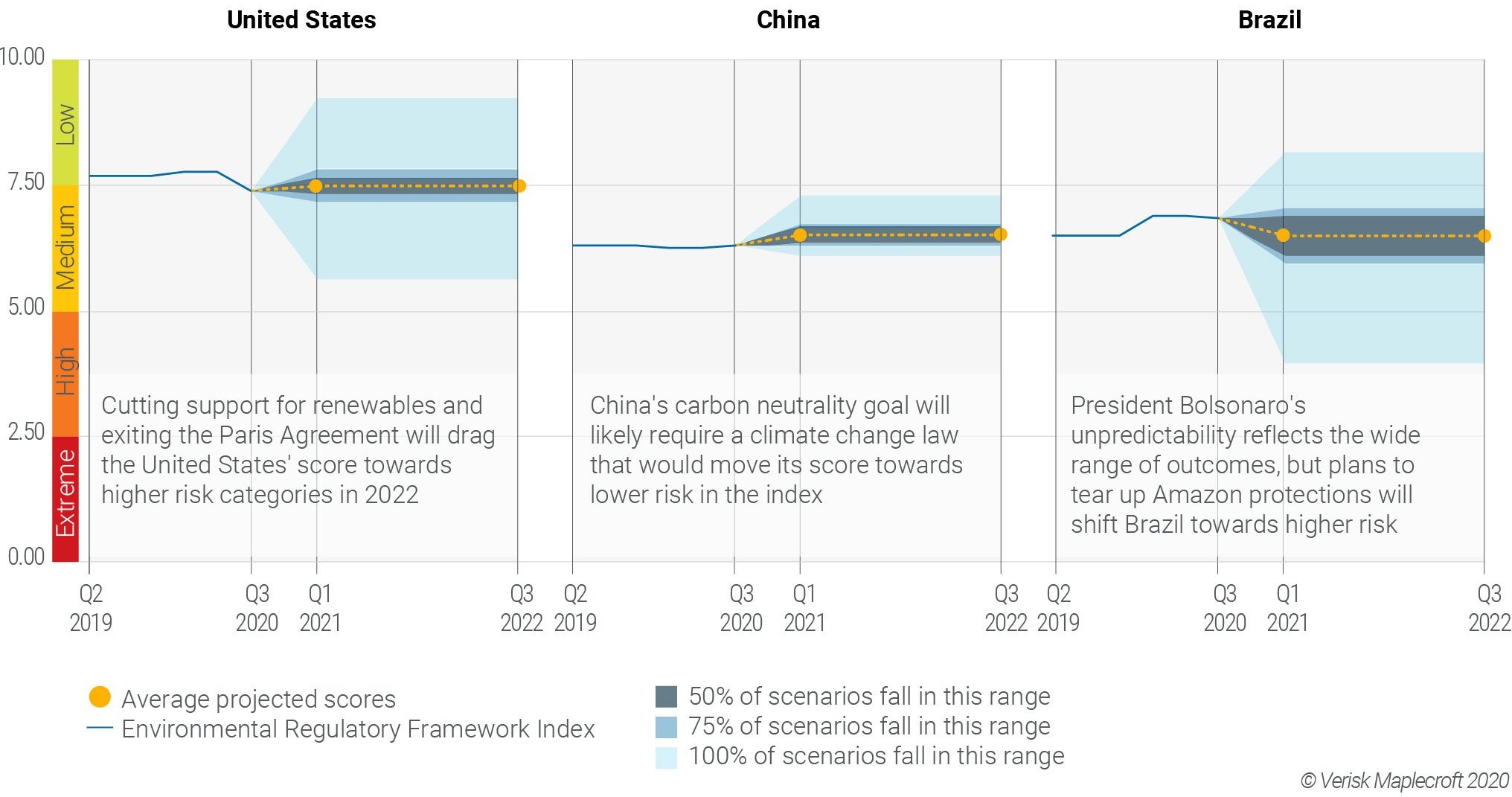 In the immediate future, uncertainty regarding COVID-19’s fate and subsequent tightening of restrictions will muddy the waters for energy transition progress. Our view is that cash constraints and the current risk picture suggest that the rollout of clean energy across the globe will continue to be slow.

But, if there is clarity on the fate of COVID-19, or even a cure, and confidence returns, we can expect a greater mobilisation of capital towards low carbon solutions. Indeed, the longer-term trends connecting carbon regulation and mounting physical risk suggest that BP's recent pivot away from heavy emissions sectors may be the first of many. 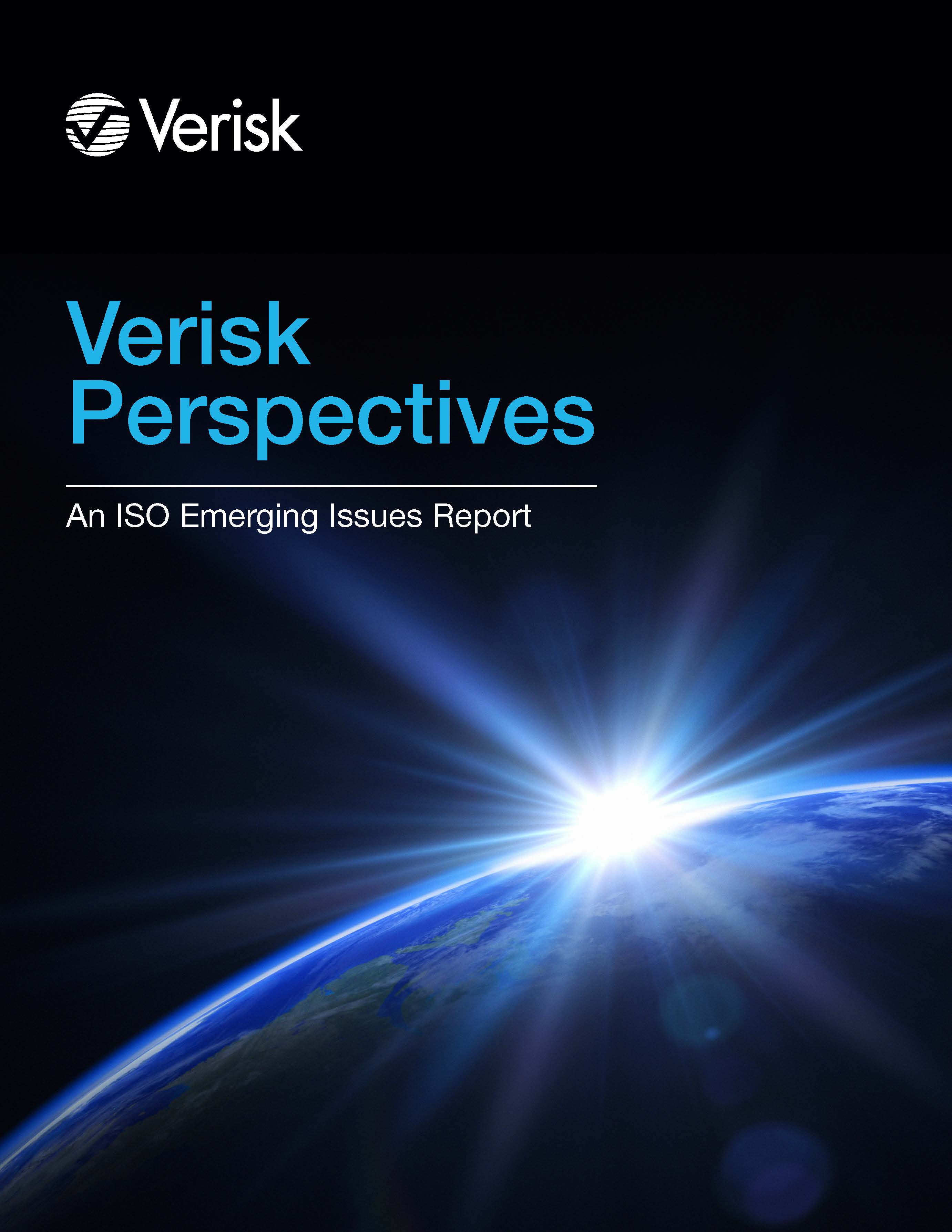