Violence in Africa’s terrorist hotspots is getting worse and the risk of attacks is rising in many countries across the region, including some previously considered safe, reveals our latest Terrorism Intensity Index. The quarterly ranking of 198 countries shows sub-Saharan Africa is now home to 7 of the world’s 10 riskiest locations, making it the worst performing region globally.

With a further 9 countries witnessing significant increases in the frequency and severity of attacks, the findings suggest that the reach and effectiveness of terrorist groups in Africa is growing. The last quarter alone saw a 13% rise in terrorist incidents across the continent compared to the previous period. The trajectory of these trends should be a major cause of concern for the region’s governments, as well as the mining and energy companies operating there.

Over the last 12 months, 4 of the 5 countries seeing the biggest falls in the Terrorism Intensity Index were in Africa. Burundi saw the greatest increase in risk, dropping 37 places to become the 27th riskiest nation globally. Côte d'Ivoire (30th) and Tanzania (32nd) witnessed similar falls, while Chad, DR Congo, Ethiopia, Kenya, Mozambique and Senegal also saw their scores significantly worsen. The only African countries to register improvements in the index were Rwanda and Central African Republic.

Sustained violence across Burkina Faso, Mali, Niger, Nigeria and Cameroon shows no sign of abating, and the risks are spreading across the Sahel and the wider region. Many of these countries are now among the world’s riskiest locations according to the index. With the worst possible score of 0.00 out of 10.00, Afghanistan, Burkina Faso, Mali, Somalia and Syria are tied as the highest risk countries globally, but are closely followed by Cameroon (ranked 6th), Mozambique (7th), Niger (8th), DR Congo (9th) and Iraq (10th). Africa’s largest economy, Nigeria, is ranked 11th. All are categorised as ‘extreme risk’ in the index.

West Africa is currently shouldering the brunt of terror attacks. This mostly results from a significant deterioration of the security situation in the Sahel and an intensification of Boko Haram attacks in Chad, Nigeria and Cameroon.

Although the motivations, momentum and military capabilities of groups vary considerably, we believe it likely that the extremist groups operating in West Africa are seeking to exploit the fragility of national governments weakened by the COVID-19 pandemic.

The deteriorating situation in West Africa represents a series of risks for extractive operators across the region – not only for the physical security of their assets, but also their personnel and distribution routes.

Mining companies operating in the Sahel are currently the most exposed – although terrorist groups have so far refrained from directly attacking major gold and uranium sites. Jihadist groups operating in the three Sahelian states of Mali, Burkina Faso and Niger will likely continue to avoid directly attacking mining sites, instead focusing their resources on government and military installations as they seek to weaken government authority and extend their territorial control. But mining operators that depend on logistical routes from ports on the West African coast are likely to witness more ambushes and rent-seeking roadblocks once crossing into Burkina Faso and Niger in the year ahead.

Learn more about our risk indices

As highlighted by Côte d'Ivoire’s fall in the rankings, we anticipate that extremist groups operating in the Sahel will seek to expand their operations towards West African coastal states. This is likely to take the form of increased attacks on government and military positions along the borders of the central Sahel. However, the risk to mining and oil assets situated away from these locations is expected to remain negligible for the next year.

Operators in states in the midst of intensifying terror campaigns, such as Burkina Faso, DR Congo, Mali and Mozambique, will continue to face significant challenges in mitigating the physical risk to their assets and exposure to reputational risks associated with the actions of state security forces. African governments’ preference for a security-heavy approach to counterterrorism carries significant risks as large-scale military operations can often result in substantial human rights violations committed against the civilian population.

With limited funds at their disposal to address the socio-economic grievances fuelling these insurgencies, governments with terrorist groups operating in their territory will escalate their military operations. This, in turn, will lead to further instances of human rights violations by security forces in 2021 – keeping many of these countries firmly in the ‘extreme risk’ category of our Security Forces and Human Rights Index.

Figure 2: A convergence of risk: Terrorism Intensity vs Security Forces and Human Rights 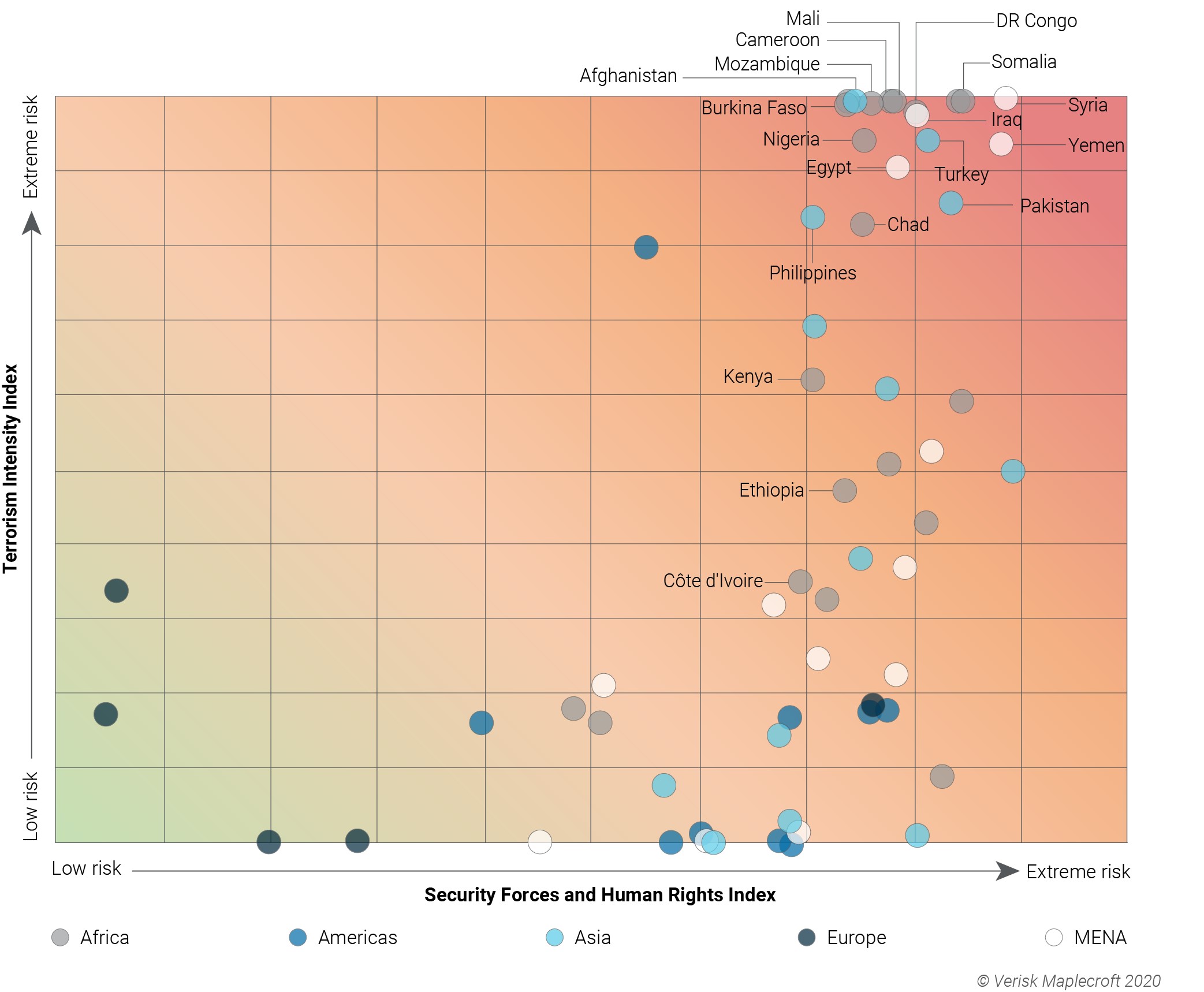 Figure 2: A convergence of risk: Terrorism Intensity vs Security Forces and Human Rights

However, as is the case for natural gas operators in Mozambique, companies will remain almost wholly dependent on governments to guarantee the security of their assets. Increased instances of human rights violations by security forces will therefore pose a major reputational risk for firms closely associated with host governments.

Terrorist groups operating throughout sub-Saharan Africa are unlikely to lose their momentum in the next year. As the economic fallout from COVID-19 empties government coffers, governments will struggle to implement the comprehensive counterterrorism strategies required to contain these security threats.

Companies should now invest more time and energy into identifying emerging threats and adopting precautionary measures to mitigate against future security risks. For operators in Africa’s growing numbers of hotspots, this is now an imperative.