Worsening outlook for the impacts of air pollution on health will drive legislative action.

Regulators making air quality a top priority. Across 2018, a host of reports highlighted the impacts of air pollution on societal cost, from respiratory illnesses to academic underachievement, crime, and premature death. These reports show the air pollution crisis is global and by no means limited to Asia's industrial hubs. Our Air Quality Index in 2019 Q1 shows Europe is home to a fifth of the 1,211 world cities where annual fine particulate matter (PM2.5) levels exceed WHO safe levels. 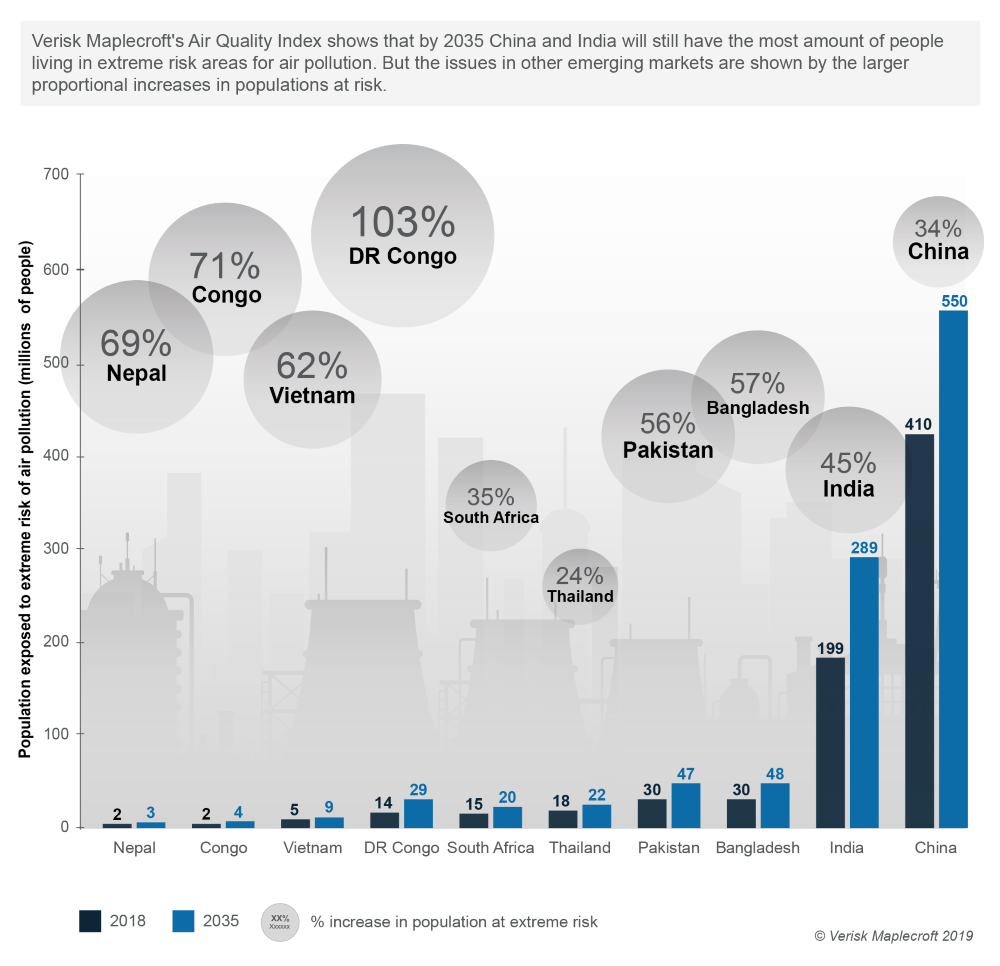 European authorities are responding by curbing road transport, complicating urban supply chains and last mile delivery. In the past year, Madrid, Hamburg and Rome have implemented or announced air quality regulations such as bans on diesel vehicles. Brussels introduced a low emission zone with fines for polluting vehicles similar to London’s, and a host of French cities – as well as our UK home city of Bath – are set to follow suit in 2019.

In Asia, where the urban air pollution crisis is worst, the risk picture is confused. Coal plants continue to be built across the continent as a cheap energy source, but continued public outcry over the health impacts of air pollution means we expect more plant shutdowns, snap bans and the stricter enforcement of air pollution regulations that have characterised the past three years.

Spiralling urban populations will leave almost 300 million more people living in polluted areas by 2035 –around 230 million of which will be in China or India – and over a billion worldwide, raising the prospect of coordinated global restrictions on heavy industry and transportation.

Companies operating in polluted areas don’t even need to be big contributors – just the most visible – to feel the force of air quality regulations and public disapproval. Mitigating these risks will require granular data that helps companies understand and compare risk profiles of operations and suppliers.

How will regulators respond to the air pollution threat?