Businesses on the hook for mounting climate change costs

2017 was the most expensive ever year for US natural disasters, but costs to business in 2018 and beyond may extend further than ever before. Here are some key points:

How is climate change impacting companies?

Courts being asked to play an increasing role in apportioning responsibility for loss and damage from extreme weather events linked to climate change. Having borne the brunt of the USD19 billion in losses associated with Superstorm Sandy, New York City is now suing fossil fuel companies for the costs of its ongoing climate resilience requirements.

New York City will not be the only jurisdiction to resort to the courts: with the international community continuing to drag its feet on agreeing a framework on compensation for climate change impacts, afflicted nations may see the pursuit of compensation from fossil fuel companies as an easier option.

Climate models suggest that greater magnitude events will become the new norm, and years like 2017 will occur frequently: the US alone suffered a record USD306 billion of weather-related losses last year, according to the NOAA. But in addition to the harm that such events may have done to operations and supply chains directly, fossil fuel companies, governments and other emissions-heavy operators will also need to start preparing for legal costs or even losing their licence to operate as the implications of truly shared responsibility for climate change emerge. 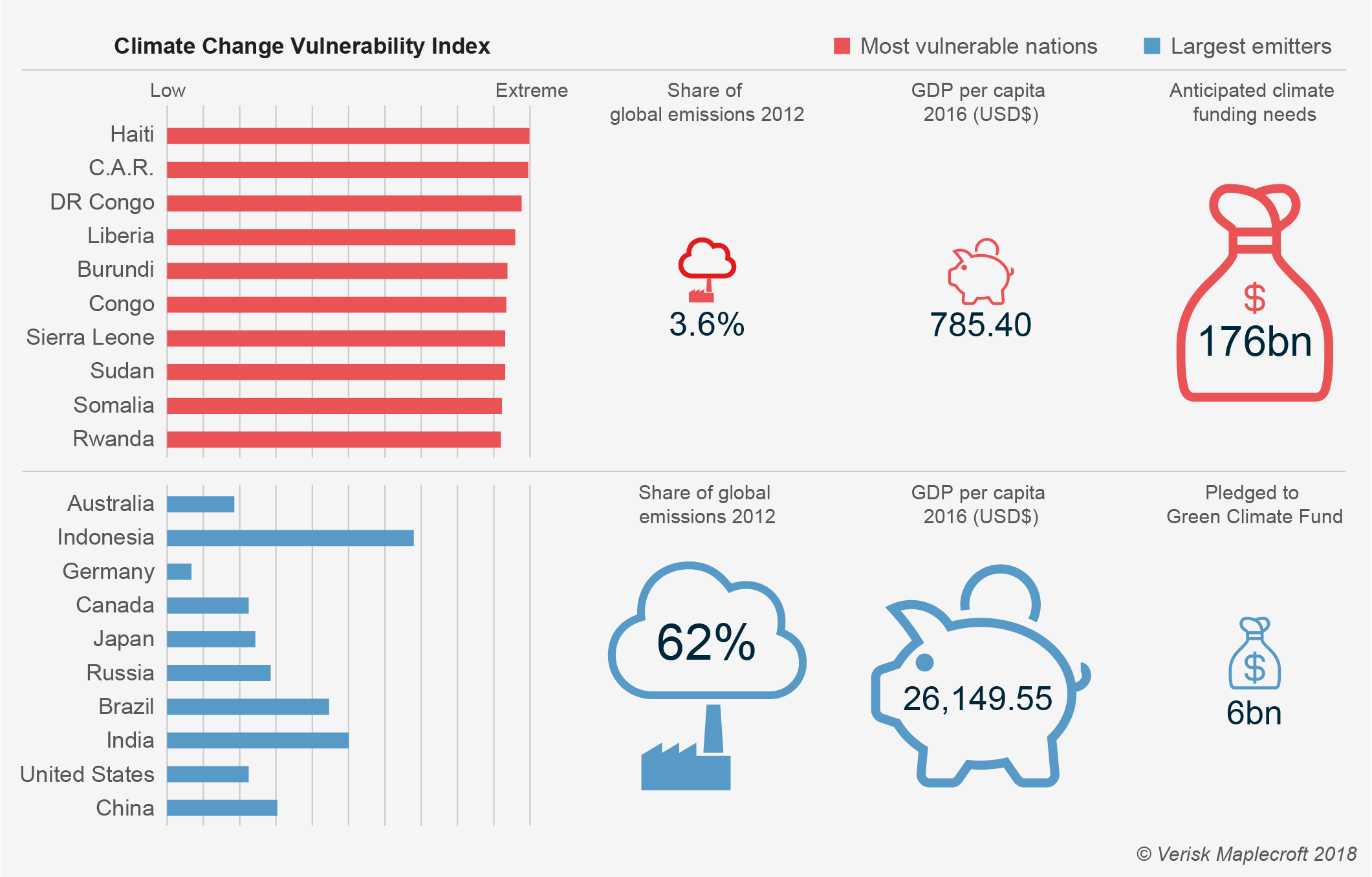 Watch our presentation from the Chatham House Climate Change 2021 Conference

US edging towards climate risk disclosures