Behind the numbers - how Australia is tackling modern slavery

How will Australian companies fare when the Australian Modern Slavery Act (MSA) comes into effect later this year? I’ve made a list of the top 5 reasons why actions by Australian organisations could surpass those taken by European counterparts when the UK introduced similar legislation in 2015:

There are 2,739 Australian organisations that are already covered by modern slavery statements produced under the UK MSA, according to TISCreport.org. This figure includes subsidiaries of UK-based companies as well as major Australian firms, such as BHP Billiton and Qantas. The UK MSA was ground-breaking when it was introduced in 2015, obliging many companies for the first time to look into modern slavery risks in their operations and supply chains. A high number of Australian companies have already started to address the issue. 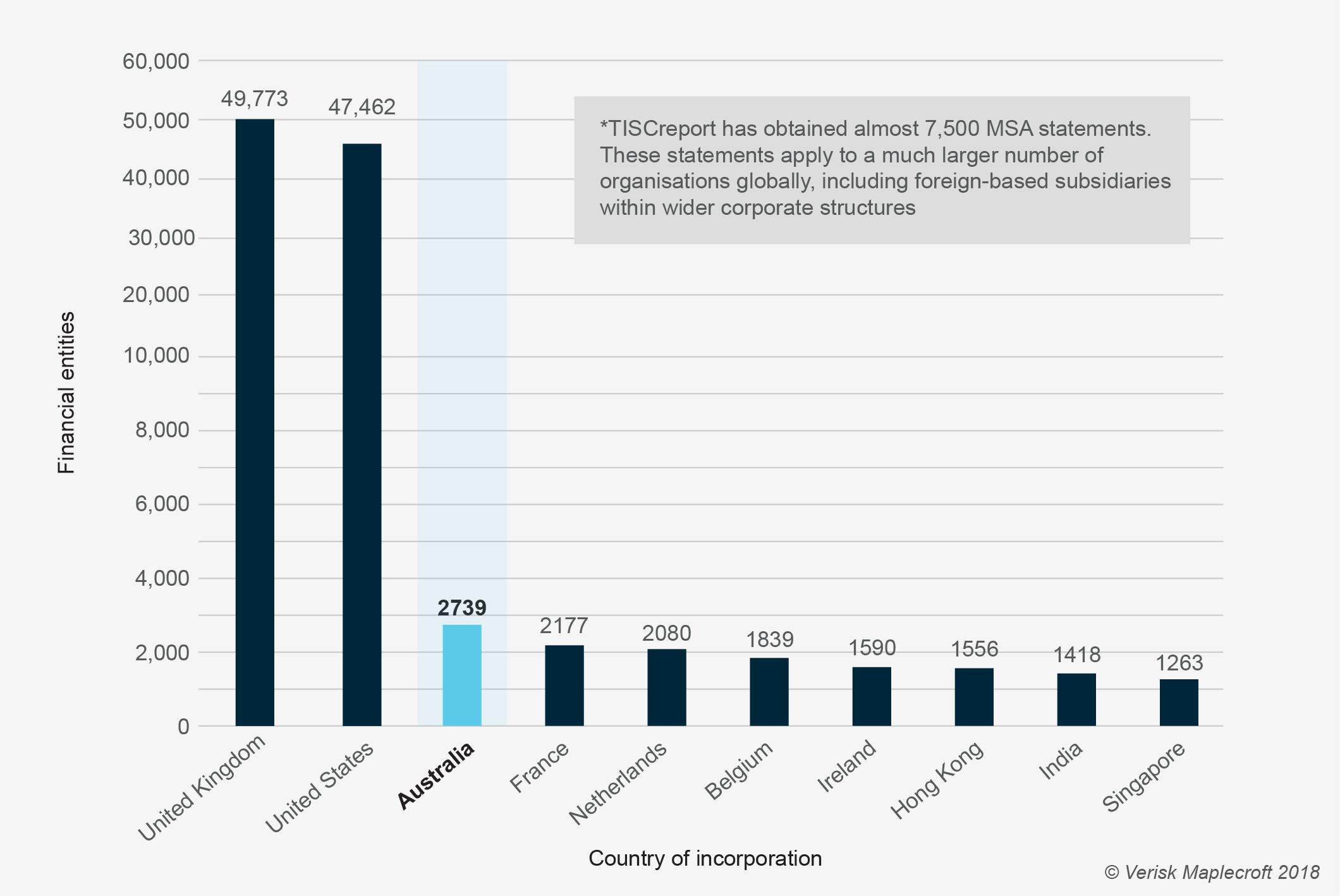 There was a lot of industry uncertainty over compliance requirements when the British anti-slavery law entered force. To encourage innovation and prevent a box-ticking mentality, the Home Office purposefully didn’t provide explicit guidance on actions companies needed to take. Three years on and best practices are starting to emerge which Australian companies can take onboard, particularly as the Australian MSA requires companies to report specific information, such as potential slavery risks and actions to address these risks.

3. The Australian MSA is stronger than the British version - $47 billion in federal government procurement spending

This includes specifying mandatory criteria that organisations must include in their annual reporting statements and creating a public repository of statements. These measures make the reporting environment more certain, enabling Australian companies to take stronger action from the outset. The Australian MSA also applies to public sector organisations, not just the private sector as in the UK. With the Australian Federal Government spending $47 billion on procurement in 2016-17, leveraging the power of public procurement could be transformational in the fight against modern slavery.

4. Complementary action is being taken at lower levels of government - $1.1 million fines for non-compliance in NSW

A bill to combat modern slavery was introduced in New South Wales and passed the Legislative Council in May 2018. The bill proposes financial penalties of AUS$1.1 million for organisations that fail to publish an annual modern slavery statement. Financial penalties are notable omissions in both the Australian and UK modern slavery laws. In contrast, there has been little action taken by lower level government bodies in the UK, albeit with some encouraging exceptions. The Welsh Government has employed an Anti-Slavery Co-ordinator and introduced a Code of Practice for Ethical Employment in Supply Chains. Twelve local government councils in England have signed up to a Charter on Modern Slavery, which commits them to vetting their supply chains for modern slavery risks.

Awareness of modern slavery risks across the Australian public and within law enforcement is low. However, the risks are substantial. Research from the International Labour Organisation (ILO) and the Australian-based Walk Free Foundation estimates that 40 million people around the world were victims of modern slavery in 2016. This includes 4,300 in Australia alone, according to the Global Slavery Index. Australia also imports goods from countries with much greater modern slavery risks: six of the country’s top 15 (40%) import trading partners are considered high risk according to our Modern Slavery Index. 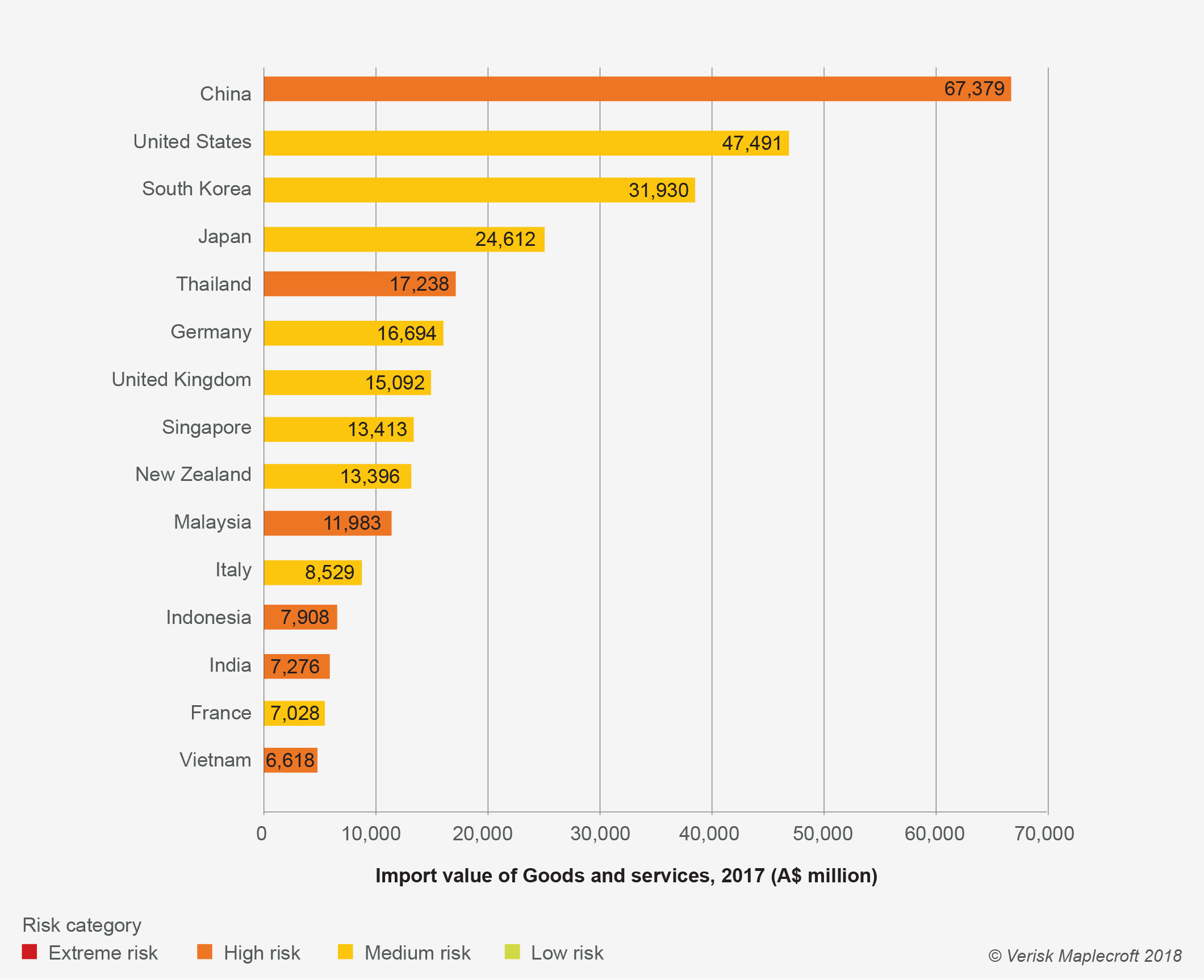 Taking the next step together

Australian companies begin their modern slavery journey with several advantages over their European peers. However, as they take individual steps to comply with the Australian MSA it will become apparent that the most effective responses from a wide range of stakeholders working together. Trust-based partnerships – including private sector, government, law enforcement and civil society – are critical for addressing modern slavery but their formation will take time.