According to new research, the risks of modern slavery in the UK are highest for people with no qualifications, or who are foreign-born, in the regions of the West Midlands, Metropolitan London, Bedfordshire, Greater Manchester and West Yorkshire.

These are the findings of our new statistical model, which aims to identify the people and locations most vulnerable to modern slavery across Britain. The research combines statistics from the UK National Crime Agency on trafficking victims (covering 42 UK police force areas (PFAs) and nearly 7500 potential victims) with demographic data on education, ethnicity and country of birth.

The analysis reveals that the groups of people most vulnerable to slavery are those lacking qualifications or who were not born in the UK.

Vulnerability to modern slavery in the uk 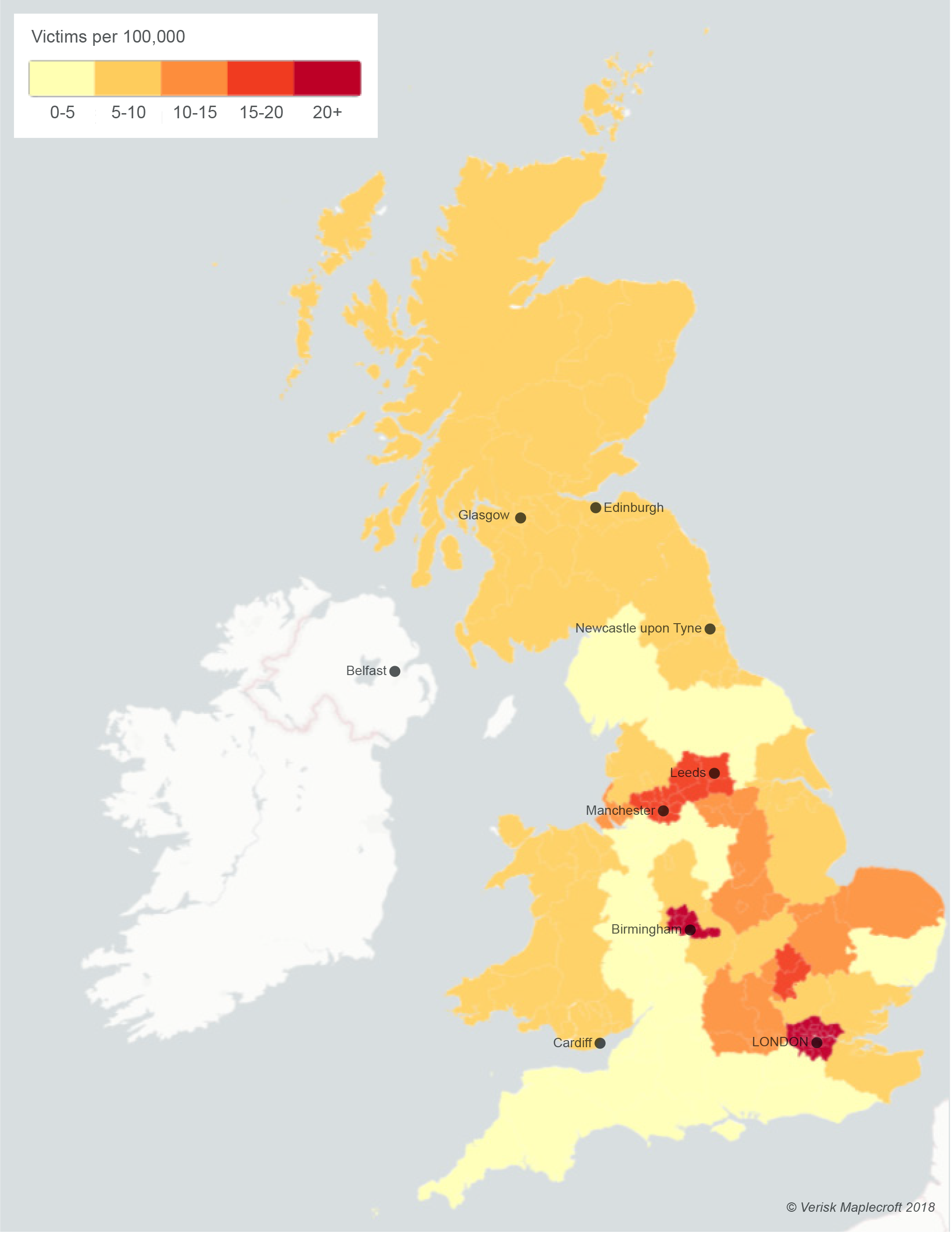 Vulnerability to modern slavery in the uk

The areas ranked as most susceptible to modern slavery include England’s largest cities. London, Birmingham, Leeds, Sheffield, Bradford and Manchester are all located in the five most vulnerable police force areas, where the proportion of people without qualifications, or who are foreign born is above the UK average.

In contrast, the five areas ranked least vulnerable to modern slavery, Cumbria, Devon and Cornwall, Gloucestershire, North Yorkshire and Sussex, are more rural, perform better for education and have a lower proportion of foreign-born residents.

However, we note that modern slavery will be under-reported in numerous areas of the UK, including in rural areas which can be susceptible to slavery incidents in the agricultural sector.

Government data only providing part of the picture

Echoing the National Crime Agency, which in August 2017 indicated the real total of people living in conditions of slavery may be in the tens of thousands, our research identifies substantial gaps in some regions between the actual rate of victims logged by the UK government and what’s predicted by the model.

Leicestershire stands out. According to the National Crime Agency data, it is ranked 34th out of 42 police areas, with one of the lowest prevalence rates for modern slavery. However, given its demographic characteristics, we rank the region 6th, placing it among the areas most vulnerable to exploitation.

“We know the government data on slavery has limitations and reflects only a small proportion of the total victims in the UK,” states Principal Human Rights Analyst, Alexandra Channer. “Our aim is to help prevent modern slavery through rigorous data-led research that provides law enforcement, civil society and companies with better information to identify and protect potential victims of exploitation.”

This is the first stage in our subnational data modelling for modern slavery. The company is aiming to expand its work to assess other developed economies across the OECD and potentially to look at more granular subnational trends, as new and better data on the victims and perpetrators of modern slavery becomes available.