Meeting global climate and environmental goals demands bold action from governments. But to cross the thin line between progressive regulations addressing climate threats and an overreach of power to achieve political goals may just be too tempting for some administrations.

From galvanising political support to pressurising negotiations with commercial organisations or even lending a protective veneer to expropriation plans, environmental regulations will increasingly shape interactions between states and the private companies extracting natural resources.

Our data identifies a sizable number of resource-rich countries that are in the frame to leverage the ‘E’ in ESG against operators to offset economic pressures, social discontent, and mounting investor scrutiny of broader environmental performance. As an environmentally sensitive industry that generates huge revenues, mining is among the most exposed sectors to these political manoeuvres.

Identifying common elements of policy and hidden drivers for targeting resource companies enables operators – and investors – to better manage downside risks by implementing strategies to stay ahead of regulations that are changing for reasons other than concern for the environment or population.

Misuse of environmental frameworks – a political means to an end?

To map out this emerging landscape, we’ve used our Resource Nationalism and Environmental Regulatory Framework indices to identify clusters of countries based on their governments’ potential to spin environmental obligations – both domestic and international – into creeping expropriation mechanisms.

As shown in Figure 1, the most immediate risks for operators exist in Cluster A, which includes countries with both sharp environmental regulation and explicit willingness to intervene in economic sectors. By contrast, Cluster B features countries that boast highly liberalised economies and robust environmental oversight. Here, the risk level depends on the political disposition of the incumbent government. Countries outside these two groups lack either the means to intervene or sufficiently strong environmental policies that could be harnessed for expropriation.

Amid our Cluster A countries, we are already seeing examples of the blunt use of environmental issues to impose political ends, a trend we expect to accelerate given the current price cycle.

Take Kyrgyzstan, ranked 18th most at-risk out of 176 countries covered by our Resource Nationalism Index, where President Sadyr Japarov has fought for the nationalisation of the Kumtor mine for over a decade. After a landslide victory in 2020, his administration passed a special law to temporarily seize concessions on the grounds of violating environmental regulations – despite Centerra Gold’s systematic rebuttal of such claims and third-party reports failing to corroborate allegations of grave environmental hazards. In April 2022, after pushing for an out-of-court deal, the government took full control of the country’s biggest economic asset (responsible for 12% of its GDP and 23% of industrial output), but has shed little clarity on how the new authorities are planning to address these ecological concerns.

Figure 1: Overreaching environmental requirements could be weaponised against operators

Figure 1: Overreaching environmental requirements could be weaponised against operators

Meanwhile, Serbia saw a massive negative shift in our Resource Nationalism Index rankings in 2022-Q2 – down to 33rd from 95th place – after revoking permits for Rio Tinto’s Jadar lithium project. The decision was framed as a response to months of country-wide environmental protests, but similar protests had occurred in Serbia before without spurring governmental action. Calculations shifted when president Aleksandar Vučić identified the revocation of mining licences as a means to end ongoing protests and secure re-election. Just days after re-election, Vučić stated that it was wrong to revoke the permits, exposing the political motives behind the original decision.

Mexico, the 3rd riskiest country for resource nationalism globally, sits on the bottom rung of Cluster A. President López Obrador (AMLO) is under fire for his inconsistent environmental policy and double standards, where environmental concerns are raised when involving “predatory” private ventures but largely ignored for state-owned enterprises. The ongoing dispute with Vulcan (US’s largest producer of construction materials, with operations in Yucatán) exemplifies this duality. The company has been engaged in a NAFTA arbitration with Mexico since 2018 over shutdowns, and AMLO recently ordered a halt to operations on environmental grounds – despite his flagship infrastructure Mayan Railway receiving criticism from environmentalists in the same area.

Elections up the environmental ante in the Americas

Meanwhile, Cluster B contains countries that have the potential for intervention given their environmental laws but have not demonstrated a tendency towards interventionism. For instance, Canada’s strong regulations provide the legal basis for potential recourse against projects. While upholding environmental rights can impact operations, the country’s low-risk placing on our Resource Nationalism Index suggests interventionism is not a driver of such regulatory changes – for now at least.

But political situations are dynamic, and a change of government can totally alter the risk landscape. As the trend arrows in the graph highlight, political shifts could trigger very different outcomes. The salient risk for operators is for countries with robust conservation regulations to use these legitimate safeguards as weapons against the extractive sector.

Latin America runs point on this trend: amid unprecedented political volatility, the ongoing regional shift to the left has an openly anti-mining discourse that dominates campaigning. Although this is likely to be reined in once a politician or party is in office, operators face an uncertain and potentially fast-changing policy, regulatory, and social landscape.

Take Colombia, where constitutional rulings have set a precedent for environmental protections overturning pre-existing mining operations (such as Eco Oro Minerals Corp claim of 2016). Now, President-elect Gustavo Petro has scored a historic victory, and the extent to which he will take his pledge to enforce stricter environmental requirements – borderline banning operations – remains a question mark.

Brazil is one to watch. Should former president Lula Da Silva defeat Jair Bolsonaro in the October 2022 election, we expect a nationalistic government eager to restore the country’s environmentalist stance. Although this policy turnaround would be globally welcomed, the government would include factions pushing for growth retraction across all industries, but mining and agriculture in particular, regardless of how sustainable they are.

And in Chile, the proposed text of the new constitution rightly lends a great deal of strength to environmental concerns, given the country’s water crisis. But in the hands of an interventionist regime, these concerns would become obvious grounds to challenge existing legitimate mining operations, as a “post-extractivist” economic model might even become constitutionalised.

Moving from compliance to a standard-setting mindset

It took decades of legitimate environmental concerns to push governments and extractive companies to create, ensure and adopt sustainability standards. But the risk of these being captured by political factions willing to use environmental pretexts to advance other political interests means companies have to adopt a new playbook.

At a strategic level, companies must step up their commitment to climate and environmental goals. Moving from mere compliance to a standardsetting mindset will be evermore critical, as the risk of factions weaponising legitimate environmental concerns as an excuse to ramp up political support intensifies. Crucially, companies will require objective insight and data to stitch together pledges with positive outcomes and operational excellence.

Revising community and social value strategies is also crucial. Not only because of increased scrutiny by investors, communities and control bodies but because revamping these regularly has become the de facto baseline of stakeholder expectations.

But, ultimately, when there is a political will to intervene, even meeting requirements may not be enough for operators in this new environment. 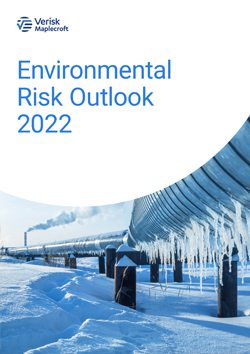