This year’s delayed COP26 summit in Glasgow will set a marker on how seriously the world will address the climate crisis in the coming decade. The talks were already on a knife-edge before the delay; now they must overcome an energy crisis, pandemic-riven national finances, and potential no shows from Russian president Vladimir Putin and his Chinese counterpart Xi Jinping, along with a host of officials from poor nations struggling to obtain vaccines. This heaps further pressure on already fraught diplomatic efforts to increase carbon cutting commitments, channel finance to countries at the sharp end of the worst climate impacts, and establish a ‘rulebook’ for the Paris Agreement. Here, we look at where we could see movement and what this could mean for companies around the globe.

The Paris Agreement commits countries to limiting global heating to ‘well below’ 2°C and preferably to 1.5°C by the end of the century. But UN analysis of countries’ climate pledges shows the world on a pathway towards a rise of at least a 2.7°C. The timeframe to keep 1.5°C in view is rapidly closing and keeping on track will mean ratcheting up countries’ current carbon reduction commitments significantly. 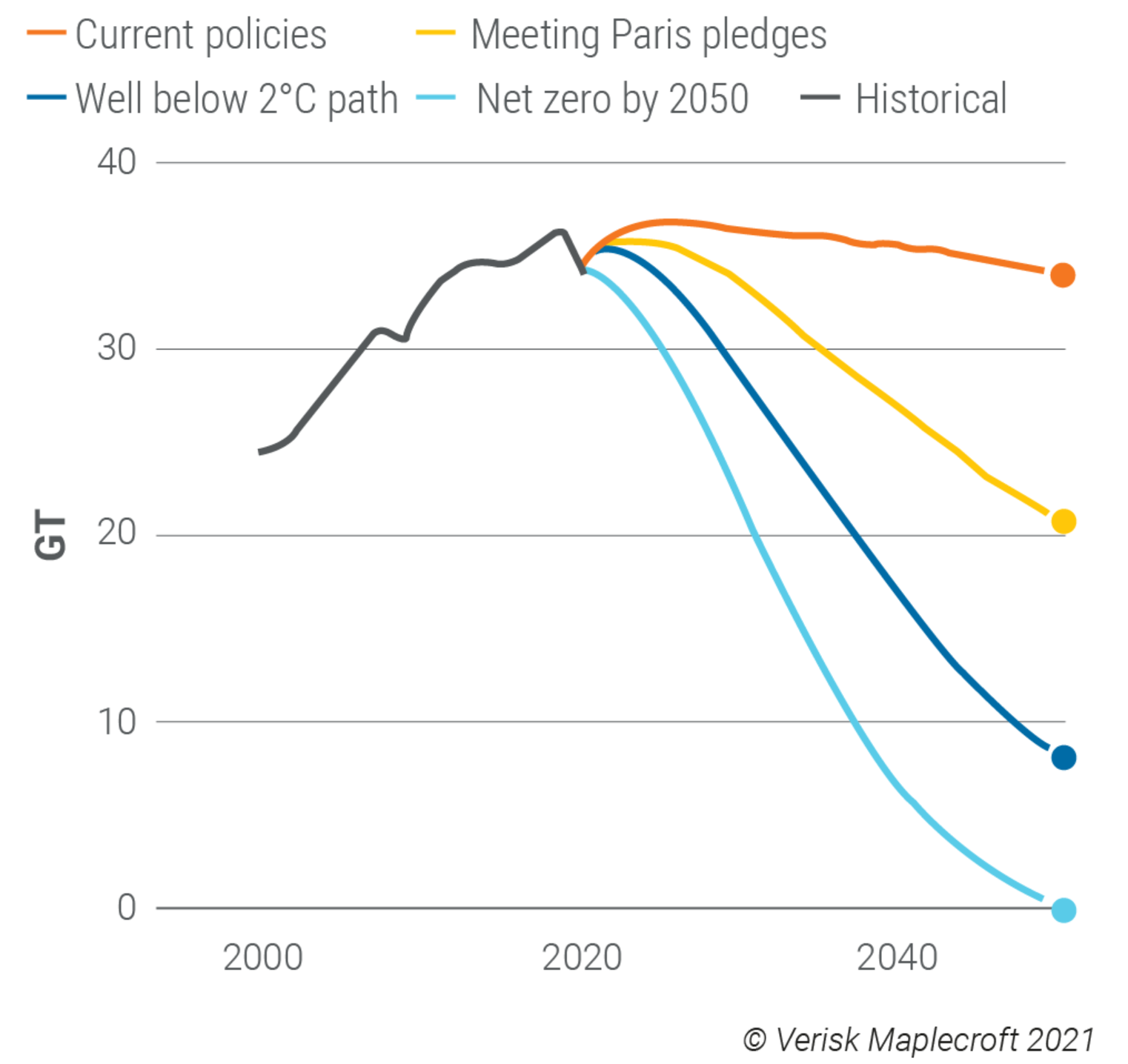 Determining the "rulebook" for how countries set targets and track progress under the Paris deal is vital to keeping the agreement on track. The US, EU and many African nations support new targets every five years, an idea coal-heavy India and China strongly oppose. Stronger procedures for holding countries accountable will also be needed to reinforce progress. Climate activists are increasingly holding governments accountable through the courts, but corporates and investors can play a key role in influencing regulators by advocating for tougher targets, tying finance and investments to climate progress, and emphasising the economic benefits of the energy transition.

But countries need to decide how to hold each other accountable for keeping to targets before the ratcheting mechanism to hike carbon cutting ambition further is enforceable, given the lack of trust around UNFCCC negotiations. Which is very much a result of persistent failures around climate finance.

2. A breakthrough on climate finance

Could the private sector do more, will be a key question at the talks. A plan to mobilise USD100bn a year in climate finance by 2020, extended at the 2015 Paris summit to 2025, has so far yielded just under USD80bn from a range of sources (see graph). Much to the chagrin of poorer countries, which are meant to be receiving the money to cope with the impacts of a problem they did very little to create. A chunk of this also comprises of loans, including some on commercial terms rather than grants.

Failure to increase funds – desperately needed to cope with the climate impacts that are already baked in, and avoid the cascading threats of poverty, migration and civil unrest – will erode what trust remains in the climate diplomacy arena. The frequency of severe climate-related natural hazards has increased five-fold over the past 50 years, killing 200 million people and causing cumulative economic losses of USD3.64 trillion.

COP26 will see poorer countries call for much greater contributions from wealthier nations, along with plans for how to administer the funds and for what. There will be a much greater emphasis on adaptation, for example, and potentially sub-targets for mitigation, adaptation and public or private finance. Clearly, governments in wealthier countries need to use COP26 to increase their contribution, as Joe Biden has indicated the US will do.

But the impact of the private sector will hinge on connecting capital in wealthier nations with investable projects in developing countries, creating new market structures, and derisking investments – aping the success of green energy projects. COP26 discussions will need to convene policymakers and financial industry decision-makers, convincing them to show leadership, align decision-making with a 2°C pathway, and provide incentives and guarantees to ensure investments made are secure.

One of the most important outstanding issues from the Paris Agreement which needs to be ironed out at COP26 is Article Six. A key component of the accord, this covers a broad range of issues under the umbrella of ‘international cooperation’.

Primarily, Article Six is intended to aid developing countries in making greater reductions in GHG emissions. But a critical aspect of the Article lies in its commitment to establishing an international trading platform for carbon. This could potentially bring together the current patchwork of national and subnational carbon pricing schemes, paving the way for establishing a world-wide carbon market.

Setting a universal global carbon price of at least USD40/tonne would incentivise and reward those who make greater cuts to their emissions and prevent operators relocating in low emissions jurisdictions, known as carbon leakage. If this can be achieved, many of the financial costs associated with carbon transition could be reduced.

Sticking points do remain, most controversially the carrying forward of Kyoto-era carbon credits, which effectively give countries more leeway on emissions reductions. But, if successful, a market-based Paris rulebook would raise ambition for cutting emissions, while simultaneously reducing the costs for doing so. Businesses are already taking the lead by setting internal carbon prices and those currently operating under different national or regional schemes would benefit from a level-playing field.

Ultimately, the key metric for success will be if COP26 inspires the necessary response from corporates and investors. There are some trailblazers and it’s right to acknowledge progress has been made. In many cases, businesses are leading regulators: more than a fifth of the world’s 2,000 largest publicly listed companies have committed to a “net-zero” emissions target, including most major oil and gas companies and – belatedly – the aviation industry. Fewer than 15 countries, and the EU, have a legally binding net zero target and no G20 countries are on course to meet their goals.

But there are three big issues: first, adopting a target is not enough, investors want to know a company plans to reach a point where they emit no more carbon than they can offset. Second, far too many companies are relying on such large amounts of carbon offsets to close the gap it is doubtful whether enough land or sea exists to account for all those emissions. And third, leaving aside the doubts of whether offsetting can generate to savings claimed, simply purchasing offsets does not represent the fundamental rewiring needed to get the global economy on track for a below 2°C world.

If progress can be made on enhancing national climate action, on carbon pricing, and on the ‘rulebook’ then investors and corporates would have concrete evidence that world leaders mean what they say and that their businesses will not suffer by making addressing climate change a key part of their strategy. This should take the form of more robust net zero goals, supported by clear steps to achieve those targets, alongside commitments to identify and disclose climate risks and opportunities, and supporting national emissions reduction goals.