Coffee markets have been buoyed by increased global exports of 4.8% across 2016/17 compared to 2015/16. However, concerns remain over Brazil, one of only two of the top 10 coffee exporting countries to experience a decrease in exports in that period. The Brazilian Council of Coffee Exporters has blamed part of this decline on drought, which our projections indicate will continue.

Minas Gerais, the state responsible for almost 50% of Brazil’s coffee production, entered its fourth year of drought in 2017, where extreme temperatures and below-average rainfall damaged plants and led to declining yields. As evidenced by a joint study with our sister company AER, the state’s coffee growers are unlikely to enjoy any respite in the short-to-medium term. The long-term outlook is even less rosy, with climate change set to result in reduced rainfall and more persistent droughts, which could have a devastating impact on coffee yields.

Brazil receives a high-risk score (3.3/10.0) in our Drought Hazard Index, which provides an assessment of meteorological droughts. Although Minas Gerais is rated as medium risk (5.6/10.0) in the index, the map below demonstrates that the state has been plagued by dry conditions over the past 18 months. 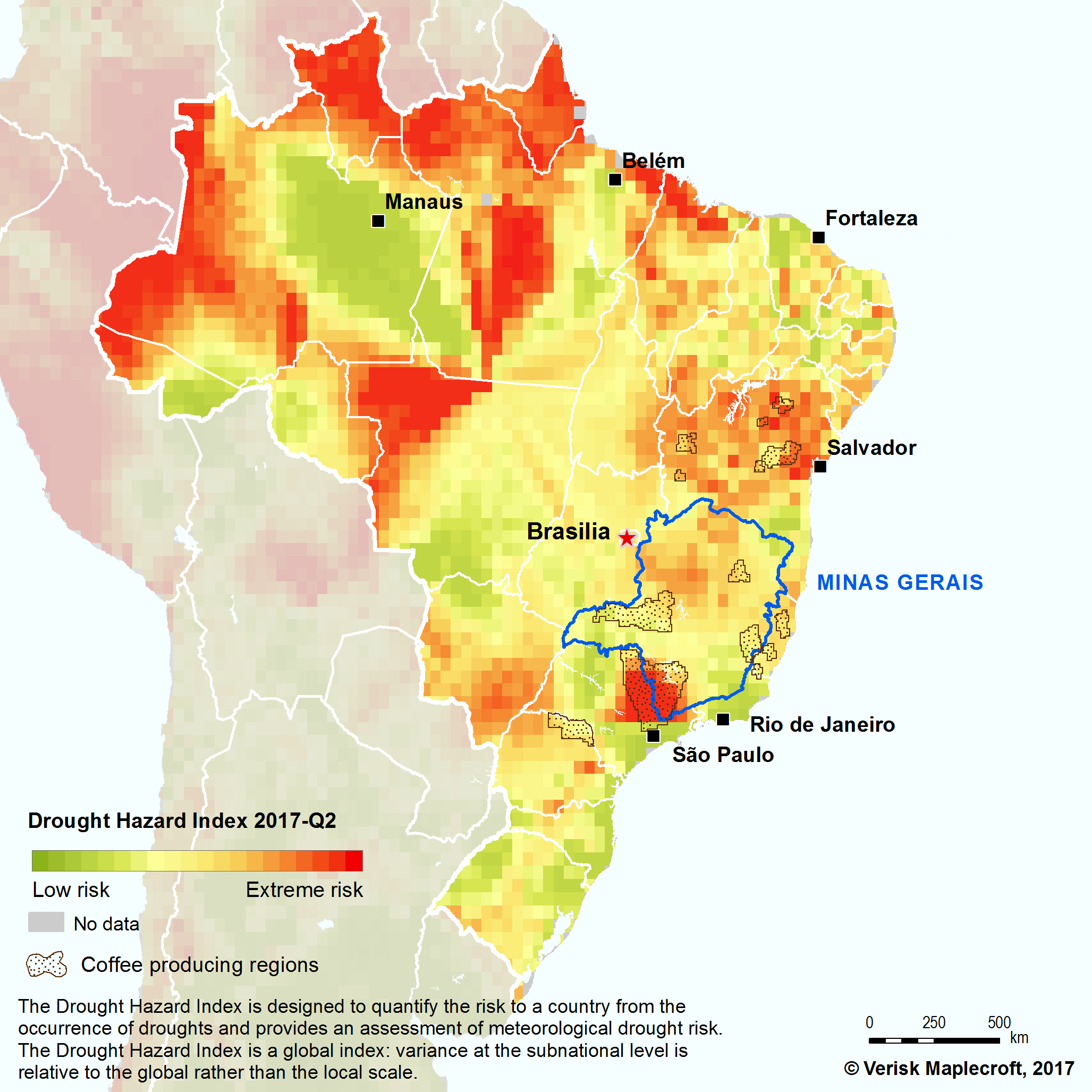