The race to steady the Amazon

The race to steady the Amazon

With the second round of Brazil’s presidential election around the corner on 30 October – and the two candidates statistically tied in latest (19 October) polls – concern is mounting about deforestation, not least because the Amazon is already tipping from carbon sink to carbon source.

After deforestation hit a 15-year high of 13,235 km2 as of the reporting year ending in August 2021, clearances in excess of 10,000 km2 are again expected in 2022 (from August 2021 to July 2022 it was already 8,590 km2). The final data from Brazil’s National Institute for Space Research (Inpe) will only come out in November, after the election, but there is little doubt about the direction of travel should Jair Bolsonaro be re-elected for a second term.

Indeed, Brazil’s foreign affairs ministry (Itamaraty) vociferously pushed back against the expansive new Deforestation Regulation approved by the European Parliament (EP) on 13 September to ban imports of deforestation-linked commodities, arguing that it was potentially discriminatory against Brazilian producers and could violate international trade treaties. Brazil has already been at odds with the EU over its efforts to tie the long-since-pending EU-Mercosur free trade deal to ESG factors.

Responding to the EP bill, the Itamaraty said the Brazilian government was concerned that “the legitimate imperative of protecting the environment may serve as a pretext to establish legislation that imposes restrictive measures on international trade in a unilateral, extraterritorial, and discriminatory way”. Brazil’s powerful agribusiness lobby, allied to Bolsonaro, likewise denounced the bill as unfair.

Under the regulation (first proposed in 2020), EU imports of 14 separate commodities would have to be verified for possible association with deforestation. The 14 (expanded from an initial 6) are: soy, beef, palm oil, timber, cocoa, coffee, pork, lamb and goat meat, poultry, corn, rubber, charcoal, and printed paper – several of which are high-to-extreme risk for deforestation and corruption on our Commodity Risk tool (see below).

Sourcing from Brazil is replete with deforestation and corruption risks

Sourcing from Brazil is replete with deforestation and corruption risks

EU-based companies will also have to ensure that their suppliers are not associated with abuses of indigenous peoples’ rights (or human rights more generally). Brazil is ranked the 26th worst performing country globally on our Indigenous Peoples’ Rights Index and sits within the highest risk category.

Notably, the bill extended the definition of ‘forest’ to other natural biomes, which would include Brazil’s south eastern cerrado (savannah) region, home to the country’s massive industrial agriculture sector; dominated by cattle, soy and other grains and cereals. Brazil lost 16,557km2 of native vegetation in its biomes in 2021, on Inpe data.

This illustrates the scale of the task Brazil faces to live up to the commitment it made alongside 130 other countries at last year’s COP26 to end deforestation by 2030.

A year ago, the NGO Global Witness reported that EU-based financial institutions were still implicated in deforestation via agri-business financing, claiming that EU-based banks had sunk USD31 billion into ‘forest-risk’ agribusiness companies since the 2015 Paris Agreement (a fifth of an estimated total of USD157 billion invested by banks and asset managers based in the EU, UK, US and China).

Shortly after COP26, 33 major financial institutions with more than USD8.7 trillion in AUM collectively committed to stop financing deforestation driven by agricultural commodities by 2025. The group said it would complete risk exposure assessments for sectors including beef, palm oil, soy, leather, pulp and paper by the end of 2022.

In the year since, however, the global financial sector has been tip-toeing away from these voluntary ESG pledges, prompting louder calls for tougher regulatory action on the part of governments and supra-national institutions.

Forests & Finance also claimed that the majority of the largest banks and investors had no/or only minimal policies to prevent deforestation, peat degradation and fires, or to uphold human rights (including Free and Prior Informed Consent for indigenous peoples and local communities), or to prevent forced or child labour.

It called upon regulators to “wake up and stop outsourcing the pace and scale of climate action to financial institutions”, which, it claimed, continue profiting from harmful activities.

Seemingly taking this on board, the EP voted to include in its final regulation an obligation on EU-based banks to conduct due diligence (DD) to prevent loans and investments linked to deforestation - thereby placing a specific DD demand on the financial sector to focus on deforestation. That comes on top of DD requirements already contained in the EU taxonomy (of environmentally sustainable activities) and the Corporate Sustainability Reporting Directive (CSRD). The European Coalition for Corporate Justice argues that the Taxonomy and CSRD fail to impose sufficient due diligence obligations on investors and banks, and that they lack mechanisms to hold the financial sector accountable for funds going towards harmful activities.

A final version of the new deregulation regulation is expected by late 2022 or early 2023, after tripartite negotiations between the Parliament, Commission and Council. This would then require ratification by the 27 member states – with some expected to contest the stringency of the bill.

In our view, even if Bolsonaro continues as Brazil’s president for another 4 years, Brussels in its role as global regulator is bearing down with all its considerable weight across the supply chain, from suppliers to purchasers to financiers, all of which may soon have to start assessing potential risks right down the value chain (i.e. beyond tier 1- 2).

And along with regulators are European consumers, who in the wake of the pandemic and the Russia-Ukraine war are also scrutinising much more closely the provenance (as well as the price) of their supermarket purchases.

The larger fact remains, however, that slowing global warming is highly unlikely without a change of federal government in Brazil, as ultimate steward of the Amazon.

Overlapping claims in the eastern Mediterranean 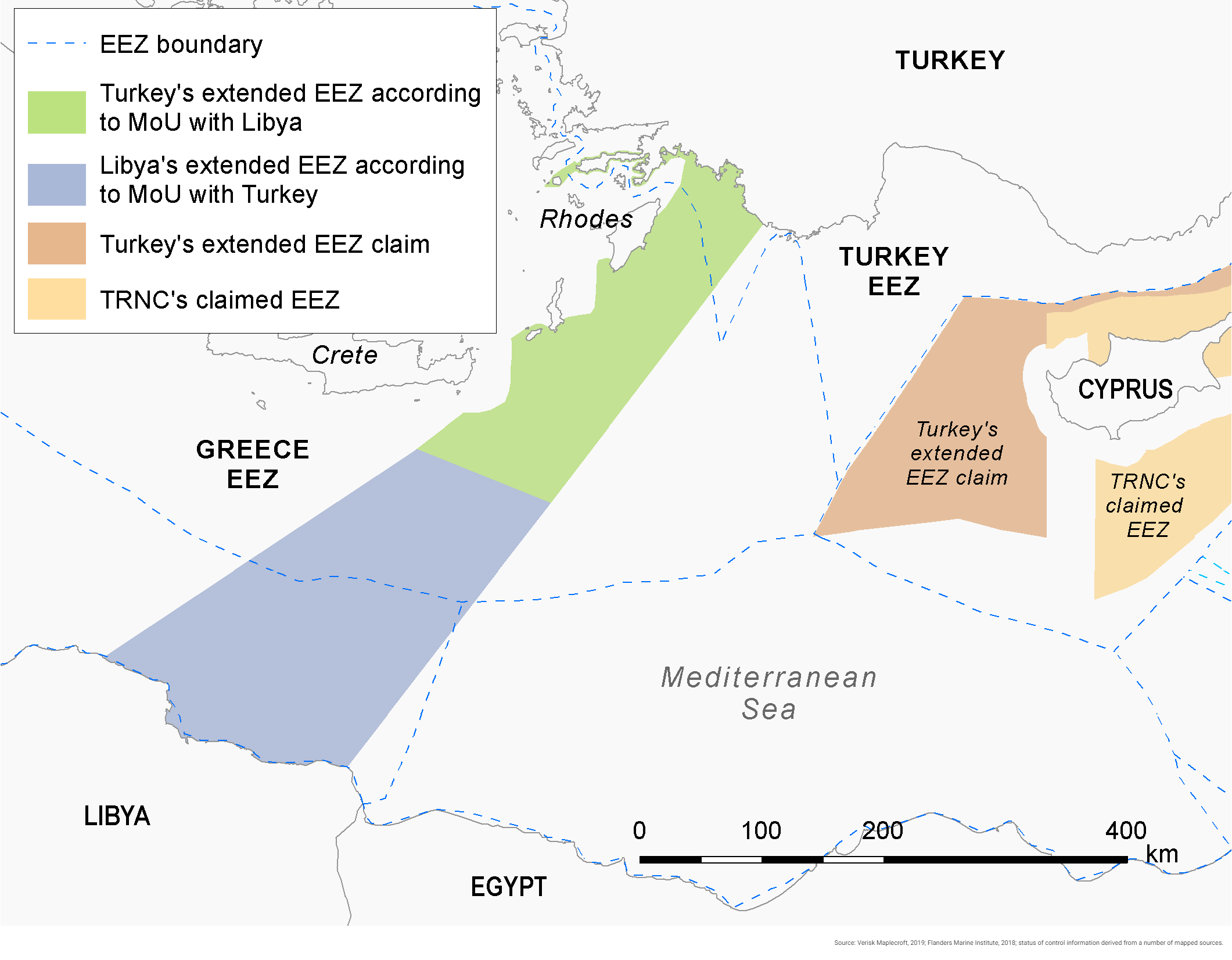 Overlapping claims in the eastern Mediterranean