It’s been a big week for human rights, with the release of the International Labour Organisation’s latest modern slavery report and the long-awaited announcement by the EU of its Forced Labour Ban.

The proposed EU law will now pass through the various institutions and would take effect 24 months subsequent to enactment. The ambition is for the regulation to coincide with the full implementation of the EU’s Corporate Sustainability Due Diligence (CSDD) directive in or around 2026. All of which sits within the overall due diligence framework emerging at the EU level (which is enforced nationally).

As noted by James Sinclair of our Human Rights team, the EU provision is broader in scope than the Uyghur Forced Labor Prevention Act (UFLPA) signed into law by President Biden in December 2021, as it covers all products no matter where they are made – whereas the UFLPA is Xinjiang-specific. However, it is designed to be a manageable due-diligence process rather than a full ban, albeit compliance will be difficult if there is a strong connection to an area/industry known to be at high risk of forced labour, he notes.

The provision will be 'risk based and intelligence led' and there is some rather imprecise wording about what authorities can do in the absence of evidence or co-operation from jurisdictions or industries. There may be some partial reversal of the burden of proof in these cases.

However, this is likely to be subject to legal challenge, this law will come under some pressure both from corporate Europe, as well as from the countervailing pressure to increase renewable energy sources such as solar, which are heavily China dependent (from inputs all the way through to manufactured products).

Indeed, the RePowerEU proposal aims to boost the share of renewables in the EU’s final energy consumption to 45% by 2030.

Other sectors at-risk of supply chain disruption due to the EU’s proposed forced labour ban include agricultural products, construction, and textiles.

It is unlikely that producers based in China and other high-risk jurisdictions will move their entire production chains elsewhere. Instead, they may diversify some manufacturing to lower risk jurisdictions so as to cater for Western demand, while finding alternative buyers for other products.

Capucine May of our Europe team expects tense debates on the proposal, with the Parliament pushing for more stringent and specific restrictions similar to the UFLPA, and the Council likely advocating for a broader approach less likely to ruffle Beijing’s feathers.

Already, state-run news outlets in China have framed the EU’s proposal as another move in the West’s ‘battle’ against developing countries. According to May, China may respond with retaliatory measures, most likely some form of state-backed boycotts against Western companies and investors.

70% of EU hydro and nuclear plants affected by drought, August 22 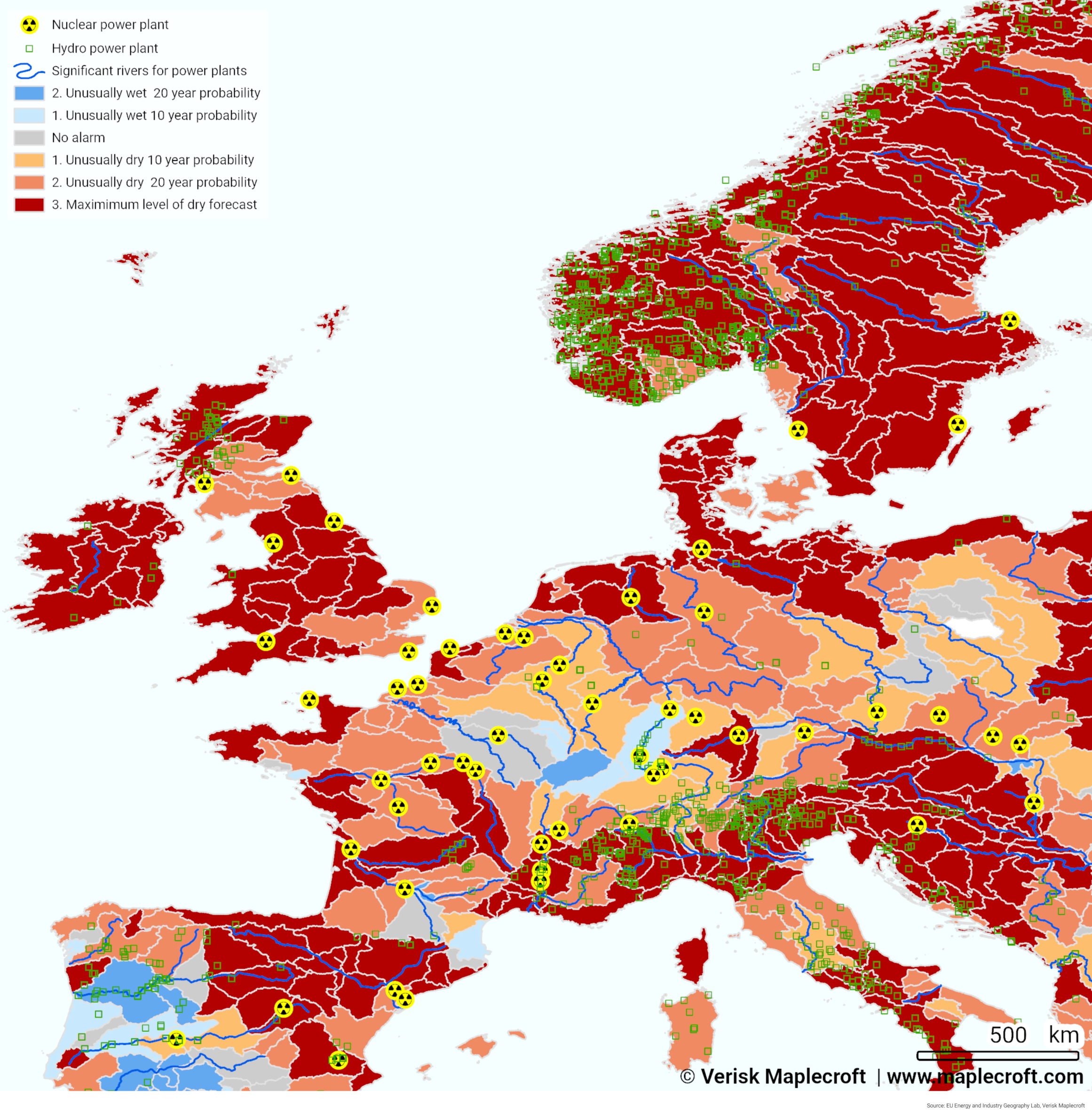 70% of EU hydro and nuclear plants affected by drought, August 22

Earth is now our only shareholder.