Using our Resource Nationalism Index, we’ve identified 10 countries which pose the highest risk to oil and gas and mining companies from governments seeking greater control over their mineral and energy deposits. This can take the form of expropriation — when a government directly seizes company assets — to higher taxation or royalties, or ‘local content’ rules, which require companies to use local services and labour.

Tanzania has seen the greatest increase in risk of any country, moving from ‘medium’ to ‘extreme risk’ and dropping from 73 to 3 in the index over the last two years. The country’s performance in the index is largely due to the government’s new mining regulations, which have increased royalties from mineral and metals and prohibited the export of unprocessed copper and gold ores in an effort to boost the domestic smelting industry. Foreign firms are also now required to hold bank accounts with a Tanzanian financial institution. While creeping expropriation has been popular domestically, in the longer term it is likely to deter investment and hinder government efforts to increase income from the sector. 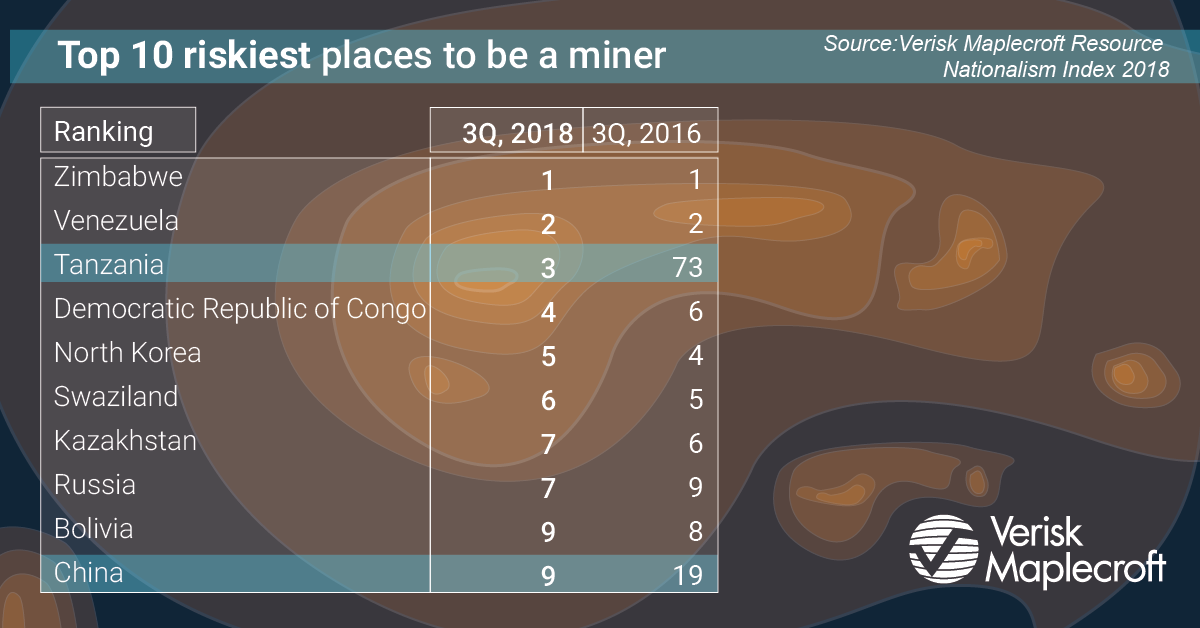