Companies sourcing palm oil from Indonesia or providing financial services to the industry face increased ESG risks linked to a potential uptick in unethical, unsustainable and illegal palm oil production in the wake of the recently concluded regional elections. This is because corrupt local politicians within Indonesia’s decentralised political system have form when it comes to dolling out commercial licences and permits to repay cronies and contributors for their support on the campaign trail.

A lack of political will, legal powers and resources mean that the central authorities are ill-equipped to crackdown on the worst excesses within the palm oil industry, including land grabs, labour rights violations and widespread environmental degradation. This stark reality shifts the onus onto responsible companies to ensure that the Indonesian palm oil in their supply chains is ethically sourced.

On 27 June, Indonesia held a third tranche of regional elections that saw 110 million voters head to the polls to elect 17 provincial governors, 39 mayors and 115 district heads (also known as regents or ‘bupatis’). This democratic jamboree has particular significance given that the country’s highly decentralised political system allows these subnational leaders to wield considerable power within their own jurisdictions. One area where the results of these regional polls may have a real impact is on the future development of the palm oil industry over the coming months and years.

The cost of getting elected in Indonesia can be astronomical once paying for signatures to meet strict campaign registration requirements and buying votes on the day are factored into the equation. This provides an opportunity for local business elites or unscrupulous companies to make Faustian pacts with political candidates (often via intermediaries) in which they make generous campaign donations on the understanding that this support will be repaid in kind once their candidate wins.

There are plenty of examples of local politicians abusing their power to issue licences and permits to fund their political activities. For example, in April 2018, a Jakarta corruption court heard testimony from a boss of a domestic palm oil company who alleges that the (now suspended) district head of Kutai Kartanegara in East Kalimantan, a key palm-oil-for-export producing region, solicited him for bribes in return for issuing him a palm oil concession licence. Naturally, he paid up.

Illegally issued palm oil licences are often carved out of protected forests or peatlands, which are then cleared via slash and burn techniques to make room for commercial plantations. Dodgy palm oil deals may also involve land grabs from farmers or indigenous peoples that have disruptive effects on local livelihoods.

Once illegally deprived of their smallholdings or customary land, members of the local communities may have few options but to work as day labourers picking fruit, low-paid jobs that are highly exposed to labour rights violations. Licences issued on the back of corrupt deals are also much less likely to comply with ‘clean & clear’ requirements around environmental impact assessments, corporate transparency and payment of taxes.

The newly elected crop of local leaders will have a key say in the trajectory of the Indonesian palm oil sector. We have picked out a couple of jurisdictions that we think are worth keeping a particularly close eye on.

The South Aceh district is part of the Leuser Ecosystem, which contains one of Indonesia’s largest remaining tract of rainforest and is home to several endangered species including the orangutan, Sumatran tiger and elephant. Yet the area has lost just over 30,000 hectares to deforestation between 2015 and 2017, mostly in Aceh, suggesting that local leaders in the autonomous province are failing to safeguard protected forests within their jurisdictions.

There is also a push to roll back the environmental protections the Leuser Ecosystem enjoys. The district’s outgoing bupati, Sama Indra, unsuccessfully lobbied the central authorities to reassign 45,000 hectares of 'protected forest' to 'production forest', including 11,000 hectares which would have been set aside for palm oil plantations. All eyes will now be on Azwir S. Sos, who won the South Aceh district election last month, and whether he will continue his predecessor’s efforts to develop protected forest into palm oil plantations.

In Central Kalimantan, the Seruyan district election ensures the continuation of one of the worst palm oil fiefdoms in the country’s history, where notorious district head Darwan Ali has successfully handed over the reins to his daughter, Iswanti. Seruyan includes part of the Tanjung Puting National Park, a biologically rich reserve that is home to orangutan and peatland forest.

However, according to investigative reporting by the Gecko Project, Darwan abused his power while in office by issuing multiple palm oil licenses to family members and business cronies, including inside the national park. If any indication was needed of how Iswanti is likely to manage the district, one only need look at her involvement in her father’s schemes. She has directed or owned shares in three of the shell companies used to sell palm oil concessions to major palm oil conglomerates. 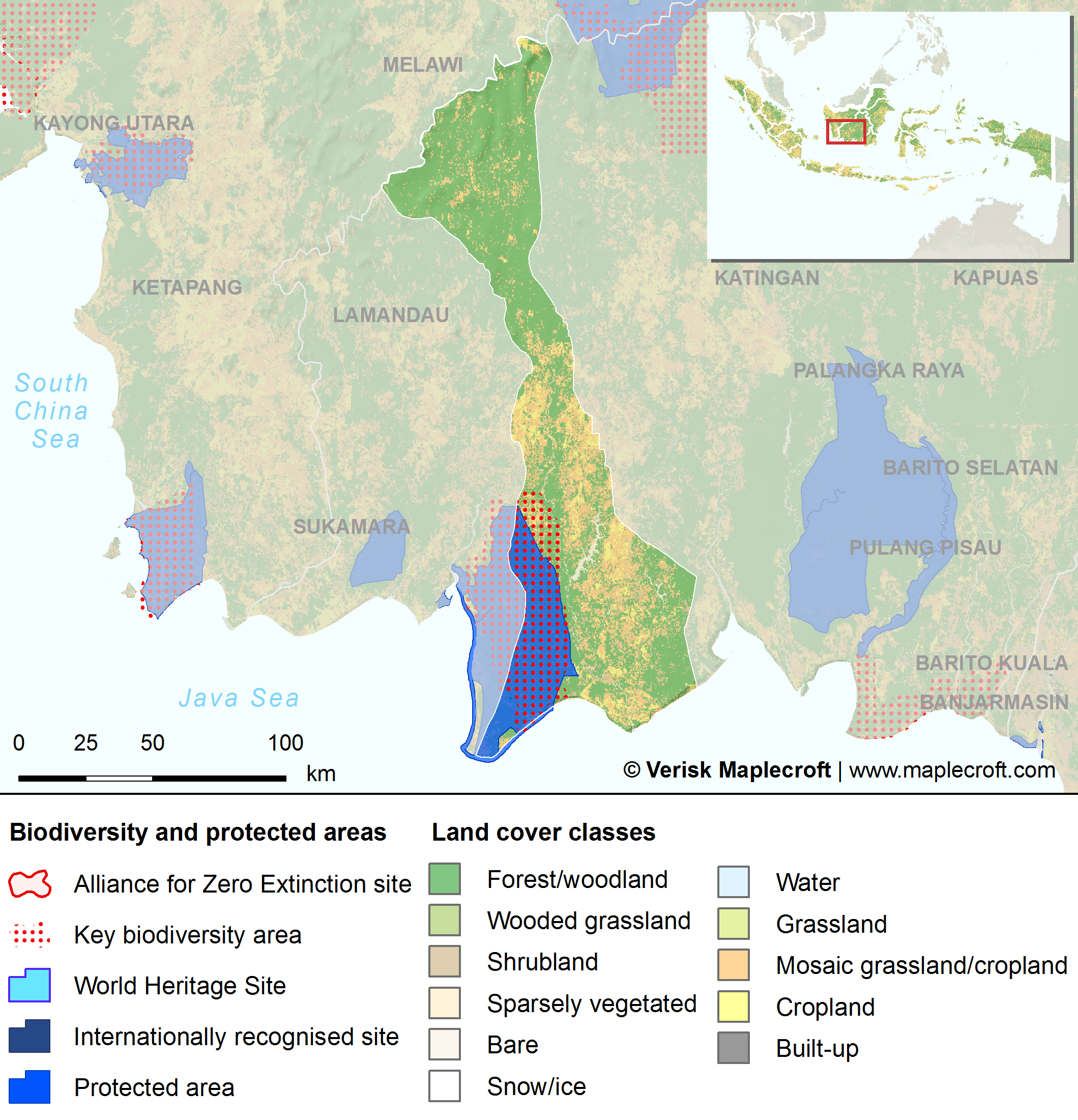 Central authorities are ill-equipped to rein in local abuses

The central government, led by President Jokowi, considers palm oil to be a ‘strategic sector’ that makes a valuable contribution to government revenues, foreign exchange, job creation and overall economic development. However, the Jokowi administration is not indifferent to the negative effects associated with the rapidly expanding sector.

Yet any attempt by central authorities to tackle the rampant illegality within the palm oil sector will be hamstrung by the decentralised political system, which provides local leaders with unfettered powers to issue land-use permits for commercial palm oil plantations. There is very little prospect for these powers to be clawed back by Jakarta, given the important role that regional autonomy has played within the country’s democratic transition.

Moreover, there is seemingly a limit to the political capital that the central government is willing to expend on cleaning up the sector. President Jokowi announced a moratorium on new palm oil plantations back in 2016 but has yet to sign the presidential instruction that would put the ban into effect. The policy instrument that he has selected for the job is also not legally enforceable and therefore is likely to prove woefully inadequate.

Meanwhile, the Corruption Eradication Commission (KPK) is leading attempts to crack down on the corrupt practices within the sector. But the KPK simply does not have the human or financial resources to monitor what is going on across 34 provinces and over 400 districts and instead focuses on high-value corruption cases.

What does this mean for investors?

Responsible companies and investors must shoulder more of the burden in terms of verifying that the palm oil they source or the financial services they provide do not contribute to palm oil operations responsible for environmental degradation, land grabs and labour rights violations. In Indonesia, this requires drilling down to the subnational level to investigate often opaque and fragmented supply chains and corporate structures.

For those committed to becoming industry leaders in the responsible sourcing and sustainable investment space, it also means moving beyond voluntary certification schemes, such as the Roundtable for Sustainable Palm Oil (RSPO), which is critically undermined in Indonesia due to a lack of enforcement mechanisms.

For more information about how we can help you with commodity monitoring or commodity entry matters, please contact info@maplecroft.com