New and existing laws actually translating to action on the ground. China’s new environmental levy system, under which some large state-owned chemical and energy sector companies face paying up to 300% more, came into force on January 1. This promises a lengthy New Year’s hangover for companies, especially those that received coal in their stockings in the form of the new national emissions trading scheme.

China has stepped up environmental enforcement in recent years – fines have more than doubled from CNY3.17 billion in 2014 to CNY6.63 billion in 2016 (USD0.50 billion to USD1.04 billion). But to date, its War on Pollution has been undermined by a scattergun approach using disruptive means such as temporary factory shutdowns with little notice and inadequate compensation. The ongoing coal-to-gas transition has hit supply problems, and is moving slower than planned. So, while some progress has been made, toxic levels of particulate pollution persist across around 20% of the country, compared to an average of 14% for South-East Asia.

But by moving forward to marry tougher enforcement with clear and consistent rules and regulations – that are applied and monitored at a national level – China is creating a level of certainty that makes it a much more attractive environment for overseas investors and operators. And successfully establishing strong and reliable environmental laws and regulations throughout 2018 should bolster China’s role as a leading market for green finance and technology.

Coal the key to China's war on pollution 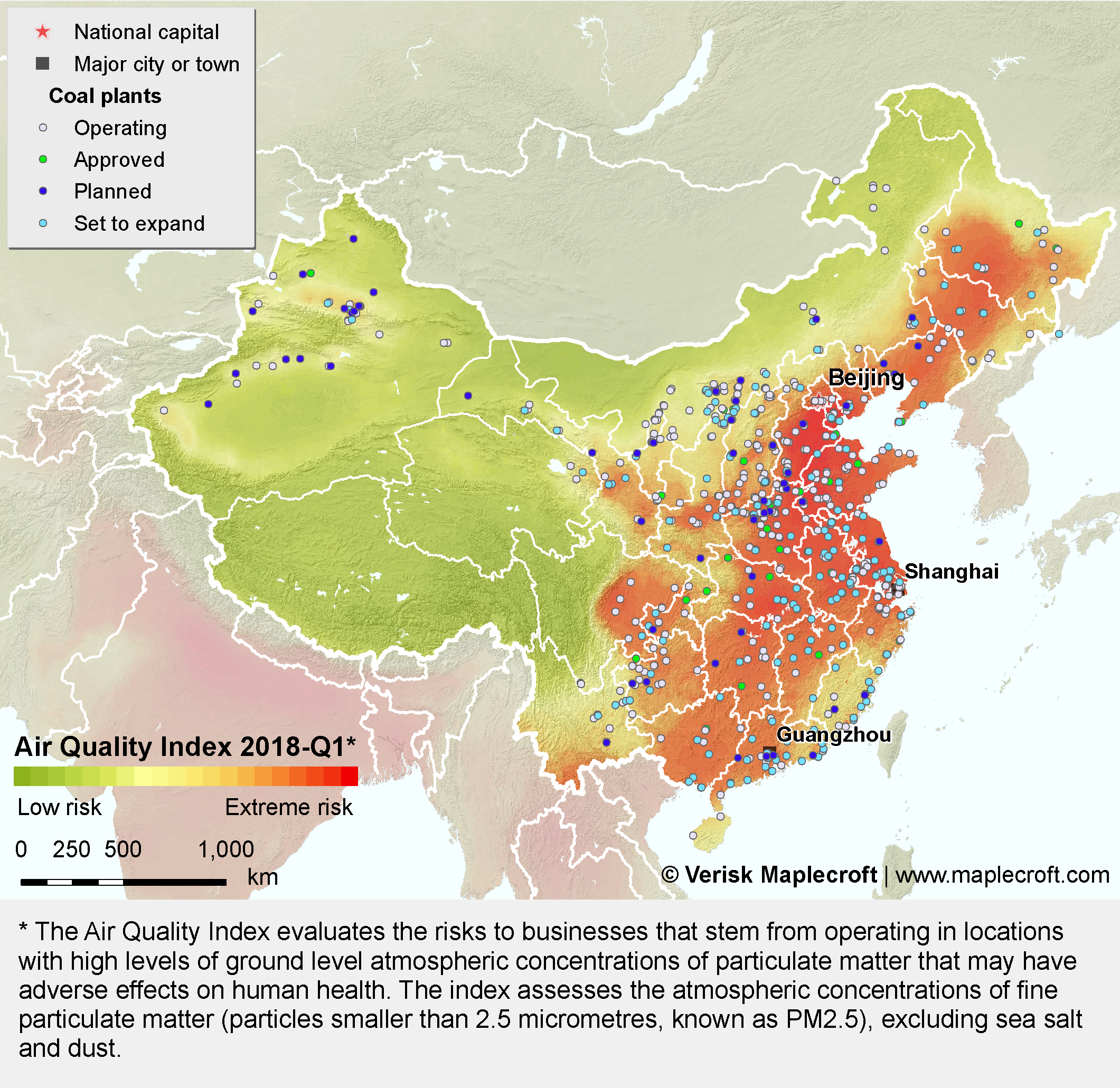 Coal the key to China's war on pollution

China’s new environmental laws promise a more stable regulatory context. But must be supported by measures to tackle ongoing coal use - the government plans to build new coal plants, and expand existing installations, in high-risk areas for air quality.

Part 2: Businesses on the hook for mounting climate change costs

Find out how our Climate change and environment data and consulting services can help your business.