Indonesia’s 193 million-strong electorate will head to 800,000 polling stations dotted across the archipelago state on 17 April to simultaneously elect a president, the national parliament and regional legislatures. Given this impending democratic jamboree, we've teamed up with our sister company Wood Mackenzie to identify 5 things that our clients need to know about the Indonesian general elections in 2019.

1. Jokowi 2.0 is the most likely outcome from presidential race

2. Don’t be surprised if the results are contested (unsuccessfully)

3. Horse-trading between the executive and legislature will continue

4. No signs of a reversal in current statist approach to energy sector

5. Mining and metals sector will be characterised by resource nationalism

Quick count polls will be published soon after voting closes, but the official results of the Indonesian general election in 2019 won’t be released by the election commission until May. However these elections play out, don’t expect much policymaking between now and inauguration season in October 2019, as politicians of all stripes jostle for the spoils.

Given this inevitable uptick in politicking, we unsurprisingly expect the stability of executive authority to deteriorate over the next six months (see chart below); however, the impact on the business environment will likely be marginal. 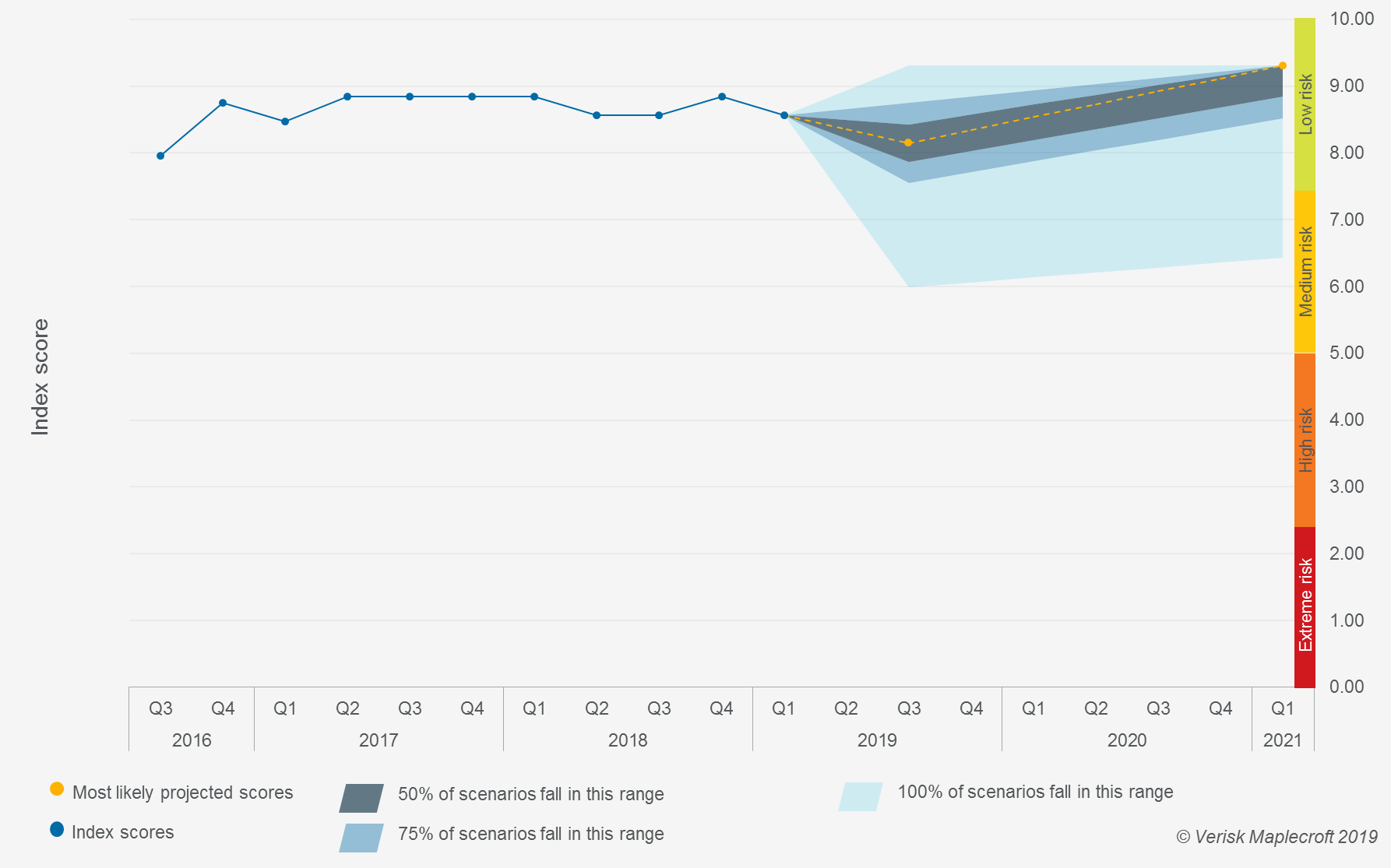