President Ivan Duque has big plans for the mining sector, and investors are behind him. But while he may help operators by reducing excessive red tape and accelerating licensing processes, social opposition to projects will remain the pebble in his shoe. There is no doubt of his commitment to resolving legal confusion surrounding the issue of popular consultations, which have increasingly been used as a referendum on extractives projects. But delivering the goods will be tricky.

Duque lacks a firm majority in Congress and faces active popular opposition to his pro-business reform agenda. However, to assuage investor concerns, we expect him to pass some clarifying legislation regarding popular consultations in 2019. This should remove the spectre of community vetoes on existing operations, but miners will still be required to engage with groups at the local level both to secure, and to maintain, a social license to operate.

We worked with an international mining company to analyse risks linked to water impacts, dust impacts and Indigenous Peoples. Read the case study.

The good news, heralded by a court ruling in October, is now set to be backed up by legislative reform. Popular consultations have been used to suspend mining operations in nine cases over the last three years, but the Constitutional Court has now ruled that local communities do not have a legal veto over mining projects.

Delivering the constitutional reform is a tall order for three key reasons. First, there is widespread popular support for maintaining the veto power of consultations. Second, the opposition will strongly resist any attempt to remove veto power for communities. Instead, to provide the requisite support to the reform Duque will need to accept stringent provisions regarding local consultations and community agreements with companies.

Finally, Duque must secure legislative support within the next 18 months. Any delays to that timeline means that even pro-government legislators will be unwilling to vote for a highly unpopular reform near the 2022-Q1 general election because it would affect their own electoral chances.

Further good news for investors is a plan to clarify regulations around the existing indigenous consultation process. In September, the government proposed a new bill that would both limit the cases in which the prior consultation of indigenous communities is required by law; and stop them from vetoing projects outright. This would significantly reduce the social risks faced by extractive operators in indigenous areas.

However, we expect push-back from indigenous groups. Any attempts to water down current legislation will spark legal challenges based on the potential infringement of indigenous rights, which may well be supported by the constitutional court. This would trigger a domino effect by slowing down passage of the bill and negatively impacting the legislative schedule on popular consultations too. 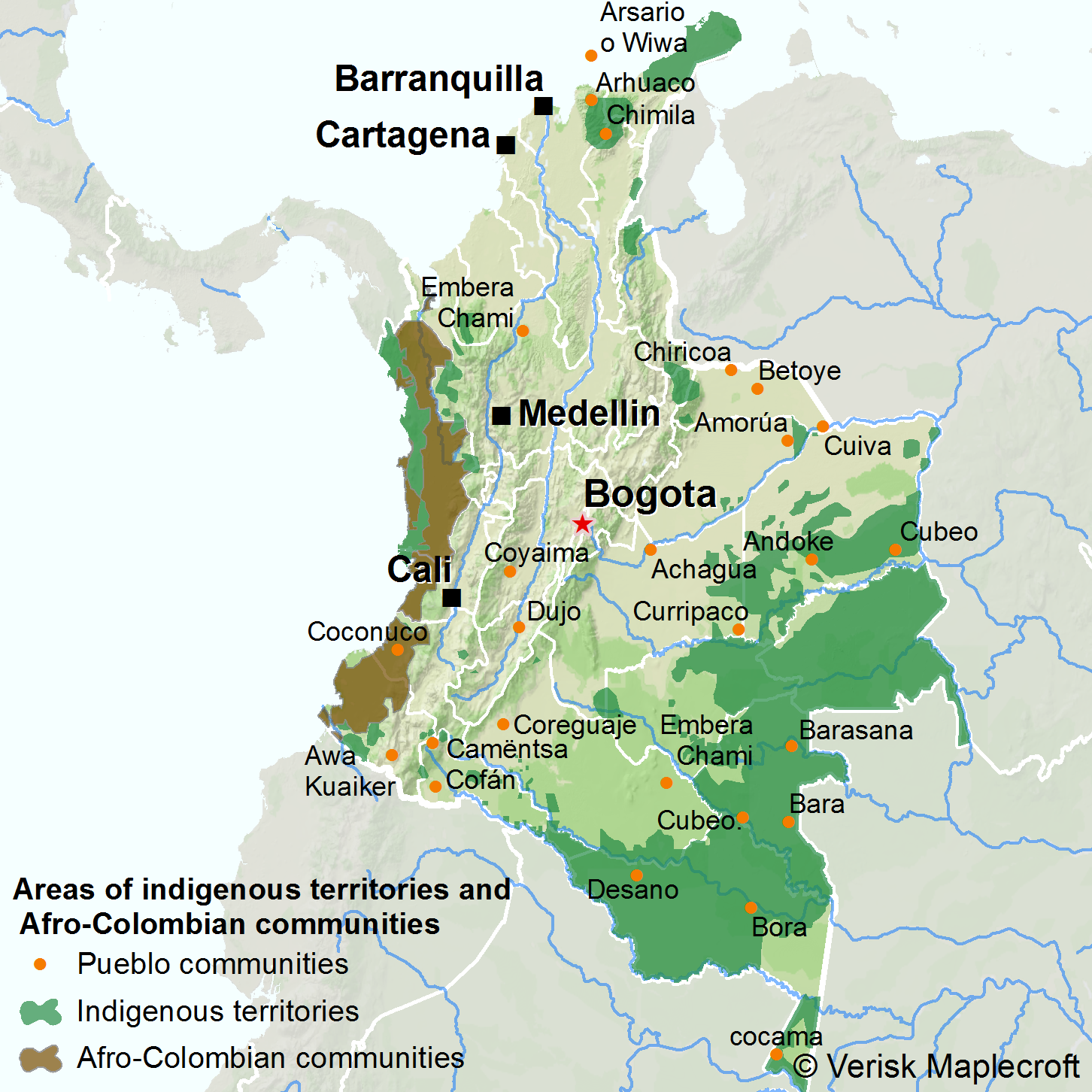 Reducing bureaucracy will speed up permitting

Plans to reduce bureaucracy will improve the investment climate. According to research we undertakook in Bogota in late 2018, Duque plans to reduce the number of application processes, while also making them more transparent. Permitting changes do not need approval by the legislature, meaning Duque can implement them relatively quickly.

For example, some permitting requests cannot be carried out in parallel; indigenous consultation must be completed before environmental permits are requested. Duque is considering allowing all permit requests to run in parallel (although they will all have to be signed off in the right order). If approved, the change would substantially reduce permitting times, potentially by several years.

One potential stumbling block is the push for greater environmental protections, which are set to rise up the broader social and legal agenda in 2019. In December, for example, a court in Cundinamarca ordered the government to suspend the awarding of mining licenses until it conclusively defines environmentally protected areas to be excluded from mining concessions.

The government is likely to be ordered to define protected areas through new legislation. The involvement of the judiciary and legislative branches means that in the best-case scenario, a resolution of the matter will take at least 24 months. Although the mining ministry will appeal, the case is symptomatic of strong - and rising – social opposition to mining.

The Duque administration is making all the right noises about improving the investment environment for mining. We expect Duque to introduce clarifying legislation for popular and indigenous consultations this year. Strong pressure from the courts will force Congress to approve the bills, although these are likely to be tweaked to ensure a stringent, albeit not binding, consultation process. Overall, the reforms will provide greater legal certainty for mining operators, who will be reassured that the government is firmly backing mining development.