Major market volatility in the aftermath of Argentina’s 27 October election is unlikely to occur, as investors had already priced in a victory for Alberto Fernández of the left-of-centre Frente de Todos Peronist coalition. Stronger-than-expected results for President Mauricio Macri’s incumbent Cambiemos coalition could even trigger a positive response on bond markets. If and when Fernández puts a debt re-profiling proposal to Congress, Cambiemos will act as a counterweight to any radical stance by Kirchnerismo.

Soon after voting trends were confirmed, the Central Bank (BCRA) tightened up currency controls, limiting individual US dollar purchases to USD200 a month for 90 days. The BCRA’s temporary currency controls will support the exchange rate by ringfencing foreign reserves. Nonetheless, we still anticipate pressure on the so-called ‘blue dollar’ (the differential between the official and financial-market exchange rates), as well on the black-market rate.

Fernandez clinched a first-round victory, securing 48.1% of the vote to Macri’s 40.4%. The new government will take office on 10 December, and we expect the transition to be relatively orderly.

The decisive outcome obviates the need for a run-off and gives the incoming administration a longer transition period. This will be investor-positive, as Alberto Fernández will have to unveil his economic team and formal policy proposals, which were absent during the campaign.

We do not expect major surprises in the transition team, with Fernández’s economic advisory team excepted to be formalised as his transition team (see below). 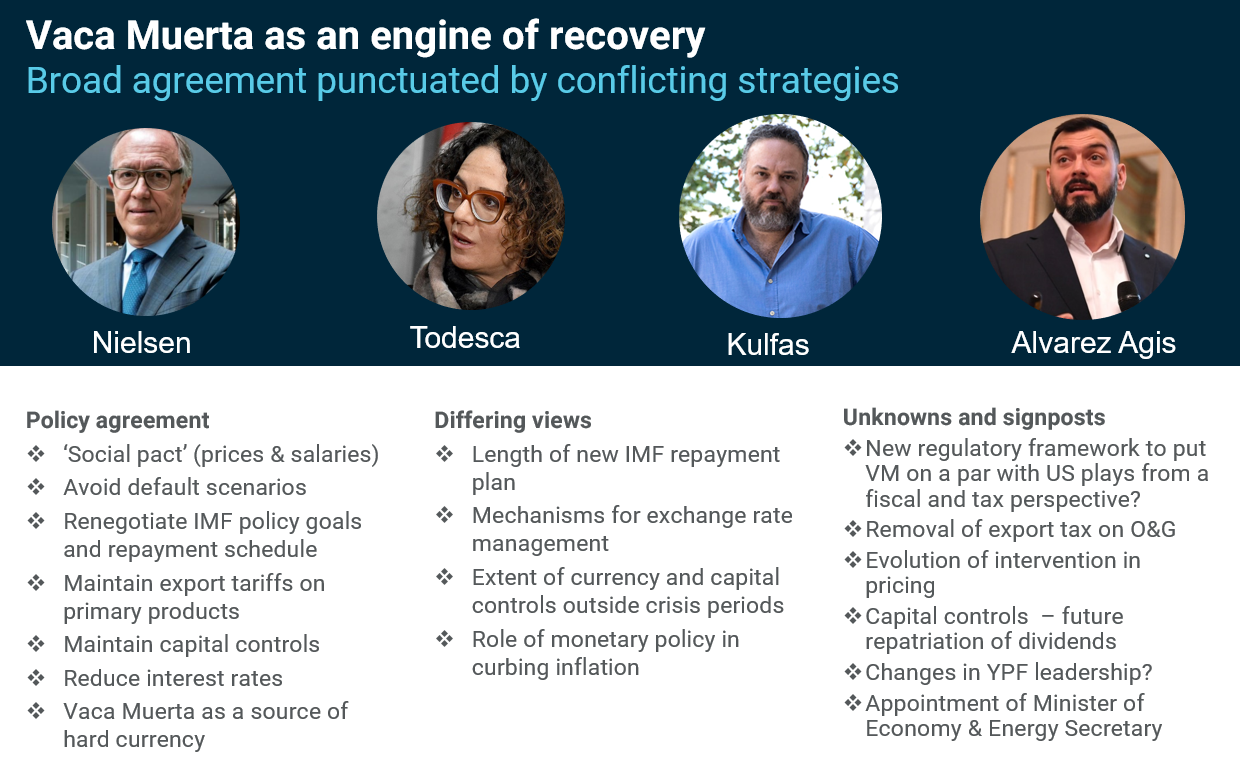 Macri benefitted most from yesterday’s higher turnout, which rose to 81%, up from 75% in the August national primaries (PASO). This puts his right-of-centre Cambiemos coalition on a strong footing to be the main opposition in congress and keeps alive Macri’s political career.

In spite of all predictions (based on the PASO results), Fernández will lack a working majority in the lower house. Indeed, we expect the ruling coalition to have just one seat more than Cambiemos. This will force the incoming administration – just like Macri – to negotiate support across the political spectrum, potentially limiting the risk of major policy swings in the two-year period to the mid-term election in 2021.

Fernandez will be able garner some of this support from the Peronist representatives elected on the Roberto Lavagna ticket, but even then, we will still be a handful of seats short of a majority. The support of provincial parties and/or the hard left is the only alternative to negotiating with Cambiemos.

That said, the vice president-elect and suspected power behind the throne, Cristina Kirchner, will play a major role in the legislature, not only thanks to her upcoming post as senate president, but also because of her status as political leader of one of the strongest factions in the Frente de Todos coalition, the ‘La Campora’ youth movement, led by her son, Deputy Máximo Kirchner.

As the new executive takes office with a strong mandate, we expect the country’s performance in our Government Stability Index Projection to improve, after a weak period (2021-Q4). However, given the size of the Cambiemos bloc in the lower house, the opposition will represent a latent threat to the new government’s agenda, and could look to delay legislation and pose constitutional challenges to the executive. 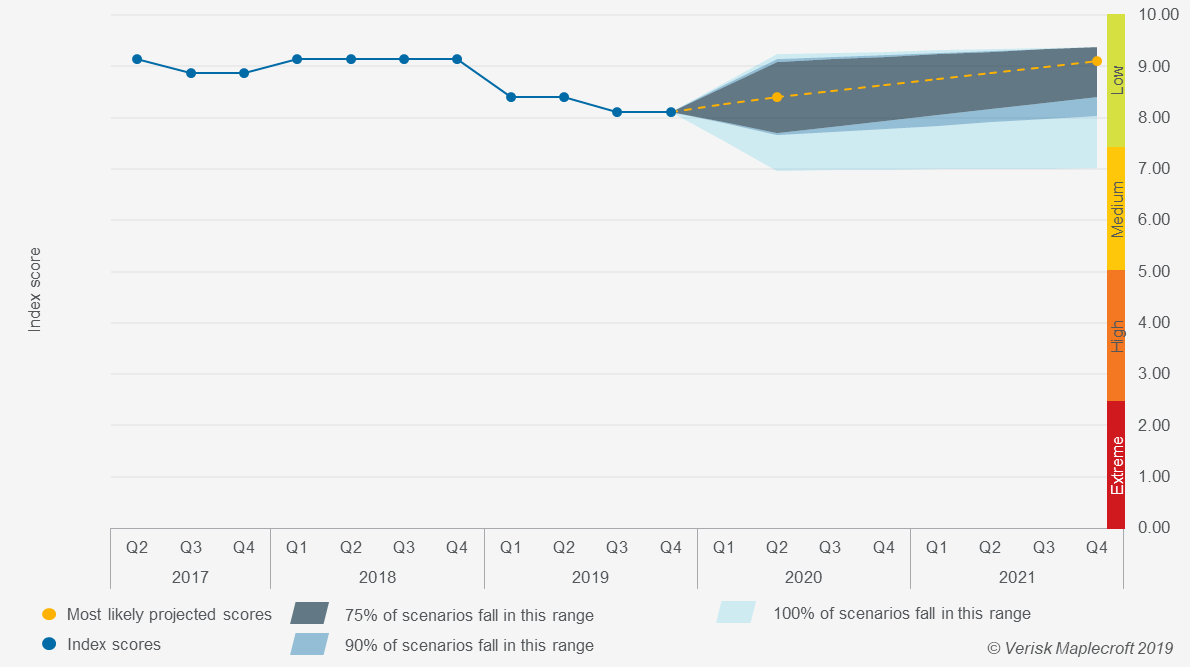 At the provincial level, Fernández will have the support of Peronist governors and provincial parties with an ideological affinity with Peronism. Together, they will rule 20 of the country’s 24 jurisdictions.

While still too early to evaluate Macri’s future political role, neither he nor Cambiemos are a spent force. The internal race to succeed Macri as party leader will now be more complex, and we cannot entirely rule out a potential comeback bid in either 2021 (mid-terms) or 2023 (general election).